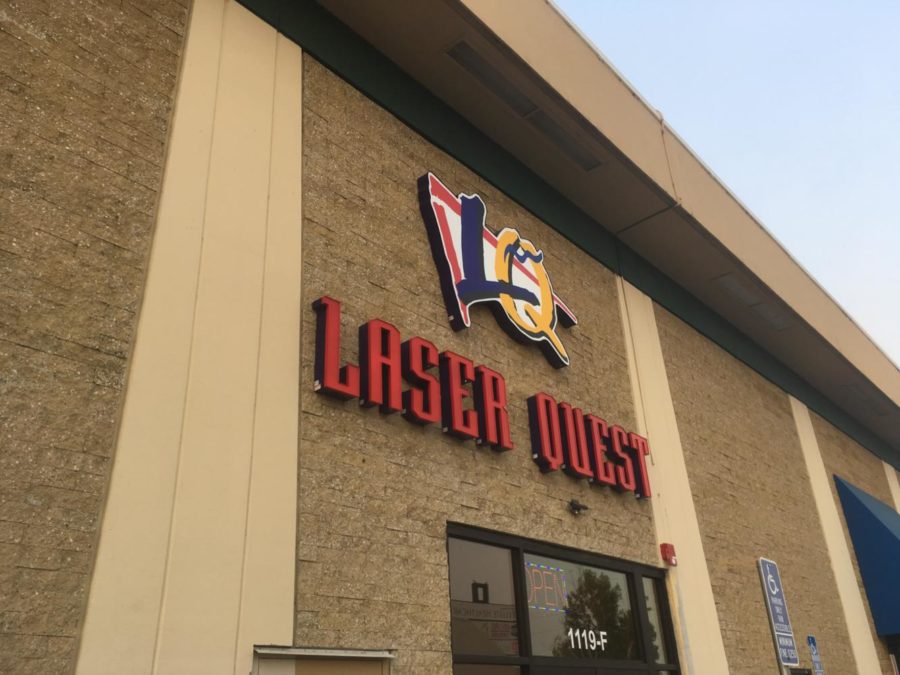 Storefront of the new Laser Quest.

Laser tag has made its return to the peninsula with the arrival of Laser Quest.

On Friday, Sept. 29, the laser tag company Laser Quest opened a new location in San Carlos allowing a much closer option for those who enjoy the activity.

Laser tag is a sport where players are equipped with infrared laser guns and targets that are worn on the body. The players are then put into a dark, maze-like arena where they gain points by tagging other players with their laser beams and lose points by being tagged.

The closest Laser Quest location to the San Carlos area was in Mountain View until it closed about two years ago. After that, a new location was established in San Jose, which took nearly twice as long to commute to.

“We chose San Carlos because we wanted to replace the Mountain View location without being too close to the original,” said Jasmine Partida, manager of the San Carlos location. “We also wanted to service San Francisco and the East Bay so the people wouldn’t have to drive so far.”

Laser Quest is known for being a popular place for teens and pre-teens to host birthday parties and other social events. However, they also offer corporate events and day camps as well.

“We have 20 employees including the manager. Their jobs are to host the birthdays and corporate events and to be the marshals who keep the games safe, orderly, and fun,” said Partida.

The Laser Quest employees are tasked with creating a fun engaging environment for all players.

“I see my employees as ambassadors of fun,” said Partida.

Word of this new location has been slowly spreading because Laser Quest doesn’t have an official form of advertising.

“We don’t do any advertising on the radio or commercials on TV,” said Partida. “All of our major advertising is done by word of mouth.”

The new Laser Quest has gotten off to a slow start, but as it gains traction, it could be the next big hang out for Carlmont students.

“If you’re looking for some good competitive fun, then you should try laser tag,” said Partida.