Lassen Volcanic is a hidden treasure among national parks 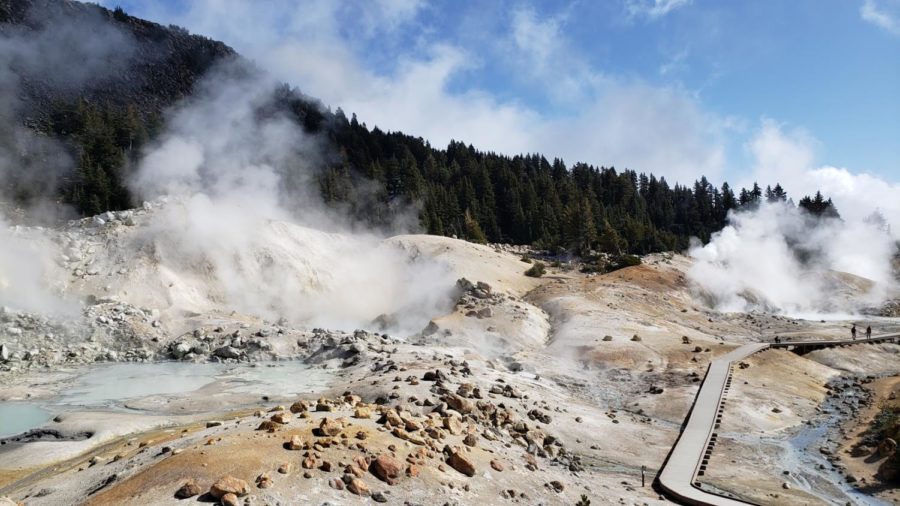 The Lassen Volcanic National Part is stunning to look at.

Clouds of steam rise from the bubbling waters heated by the lava. It is a sight that will leave you captivated.

Before Lassen Volcanic was established in 1916, four Native American groups — Atsugewi, Yana, Yahi, and Maidu — lived as hunter-gatherers in the area. Their descendants still exist there today and work with the park to preserve the history of their traditional tribal culture. Some of the indigenous people’s artifacts are displayed in the reserve’s Loomis Museum.

As much as the park cares about history, its number one priority is the preservation of nature. As many as 250 species of vertebrates inhabit the land, along with over 700 species of plants, creating an enormous diversity within the boundaries of the park. There is even a flower that is specific to the area, called the Lassen Paintbrush.

Aside from flora and fauna, there are many things left to explore. For example, volcanoes and hydrothermal areas are the trademarks of the reserve. The tightly-packed collection of active volcanoes contains all the different types of volcanoes found in the world.

To those of you that have gone to Yellowstone National Park, the hydrothermal areas might sound familiar. And indeed, the parks have a very similar landscape.

However, if you would have to choose between the two, Yellow Stone is without a doubt the better choice. There is twice as much more to look at but also twice as many people. Individuals that do not like crowds might prefer Lassen Volcanic.

Another national park in California that is utterly different from Lassen is Yosemite.

Although it’s five hours away, Yosemite has the waterfalls and sequoia trees that Lassen lacks. Lassen does not paint the full picture of the state’s highly diverse nature.

Overall, Lassen Volcanic National Park is a great place to visit if you have already been to the most popular nature reserves but desire to explore more.

What it has to offer is more than enough to keep you satisfied.