Layton Greene’s ‘Tell Ya Story’ strikes at the heart 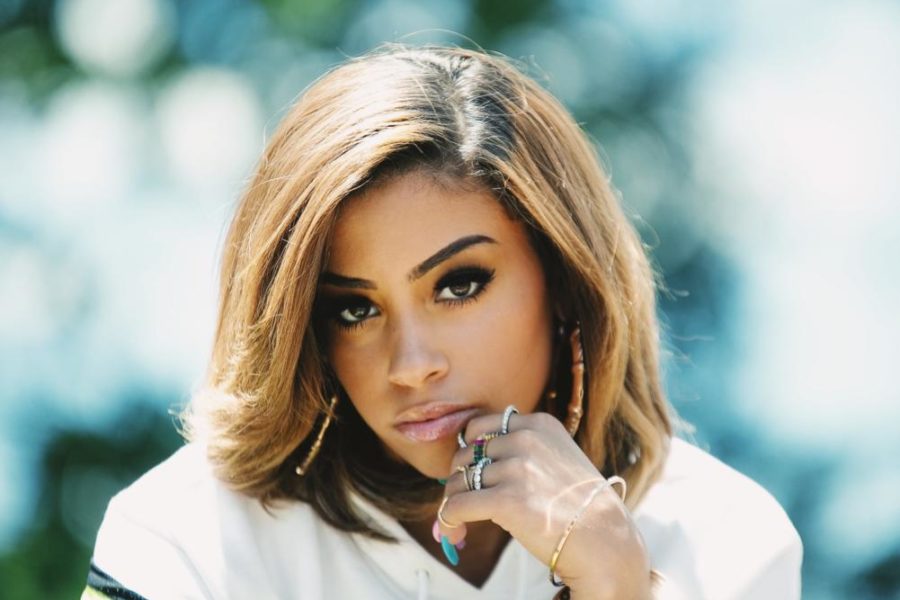 Layton Greene’s "Tell Ya Story" is an emotional rollercoaster, unafraid to confront the darkest of topics.

Layton Greene’s debut album is a rollercoaster of emotions, but you won’t hear me complaining. Arguably, it’s the very real aspect of “Tell Ya Story” that brings each individual track together, uniting the album as a cohesive whole.

Although this is only her debut album, Greene has already started to gain attention. Earlier this year, she signed a major label deal with Quality Control, while Billboard pegged her as the “First Lady of R&B.”

In “Tell Ya Story,” Greene doesn’t hold anything back — not from her listeners nor herself. Her debut album confronts issues that tend to be swept under the rug in society, hoping to inspire others to share their own stories.

“It’s okay not to be okay sometimes. It’s okay to go through stuff,” Greene said. “We’re all human. Sometimes we forget that.”

“Tell Ya Story” consists of seven songs total with the total runtime equating to less than half an hour. The album seems to pass by in the blink of an eye, but this doesn’t take away from the listener’s experience. While I would have liked to hear more of her voice, I think I’ll be content with looping her existing singles until her next album comes out.

The opening track, “Blame on Me,” is one of those songs where you really have to listen closely to understand the intent behind the melody. On first listen, the beat almost seems like an afterthought, hopping back and forth between center stage and backstage. At some points, the drums are almost nonexistent, and at others, the beat is up front and center.

Initially, this lack of consistency confused me. After I listened to it a few more times, however, I began to realize that the erratic beat was intentional.

During “Blame on Me,” Greene is able to show off her voice by having the drums take a break at certain points. However, her voice isn’t the only element that brings this song to the forefront of the album.

Together with lyrics chronicling the story of her life, Greene creates a unique combination that, although it threw me off at first, adds a new layer to the song as a whole.

“I knew I wanted to lay it out the way it was laid out, going through ages and major events that happened in my life,” Greene said in an interview with Genius. “I just wanted to basically just hit major points in my life that I feel like has molded me and it’s made me strong as I am.”

Many singers draw inspiration from their own lives, but Greene takes it to another level. She admits everything, both the bad and the good, leaving listeners feeling intimately connected with her.

While “Blame on Me” regales the tale of Greene, other songs focus on the route of relationships and love. It’s no question that a good chunk of the songs we hear on the radio are love songs, but Greene’s “Never Knew” takes elements of traditional love songs and melds it with her own style.

Throughout “Never Knew,” high notes meld with a deep, steady bass beat as changes in melody keep the listener engaged throughout the track. Greene confronts her past head-on in this song, a testimony to the one who helped her through homelessness.

“Thought I was in love before, now I see I was wrong / You came in my life and got me feeling something strong / ‘Cause I never knew love like this before,” she sings.

Although I enjoyed all the songs in “Tell Ya Story,” the real gem is placed as the third track of the album.

As a fellow hardcore romantic, it’s no surprise that “I Love You” was my personal favorite.

“I Love You” was Greene’s first solo single with Quality Control, designed to be a preview to “Tell Ya Story.” It fits perfectly within the scope of the album, and it’s easy to tell why she picked this song to be the lead into her debut.

“I Love You” is a typical love song in lyrics and anything but typical in melody. The piano alone is enough to make me hit replay, but the sheer amount of emotion conveyed in less than four minutes puts the cherry on top.

The introduction is slow and sweet, establishing the mood of the song even as the drums start pounding. Throughout the track, Greene’s voice is superimposed over a steady bass beat as the soft notes of the piano whisper in the background.

The soothing, lullaby-esque feel of the song is at odds with the heavy emotion reflected in the lyrics, a contrast that adds dimension to the song.

The romantic emotion displayed in “I Love You” finds a rival in the concluding track, “Open Wounds,” where Greene confesses the need to take a break from love.

“Open Wounds” distinguishes itself from the rest of the album through its warbling tones. The difference is made clear immediately in the introduction with jagged chords running up and down scales.

Similar to the erratic beat in “Blame on Me,” the use of new patterns in the melody piques the listener’s interest. The notes are both seemingly random but purposefully chosen, matching the theme of the song.

The most remarkable part of “Tell Ya Story” is Greene’s use of pitch to underscore the emphasis behind her messages. Throughout the album, she masters the art of repetition, establishing a unique environment for the listener with her voice alone. From the beginning until the end, I was enveloped in Greene’s world, broken only by the fading notes signaling the end of the final piece.

“Tell Ya Story” is more than just an album; it’s an experience, one that I wouldn’t want to miss for the world. Needless to say, I’m excited to see (and hear) where Greene goes next.