Leaving the nest causes traditions to slip away 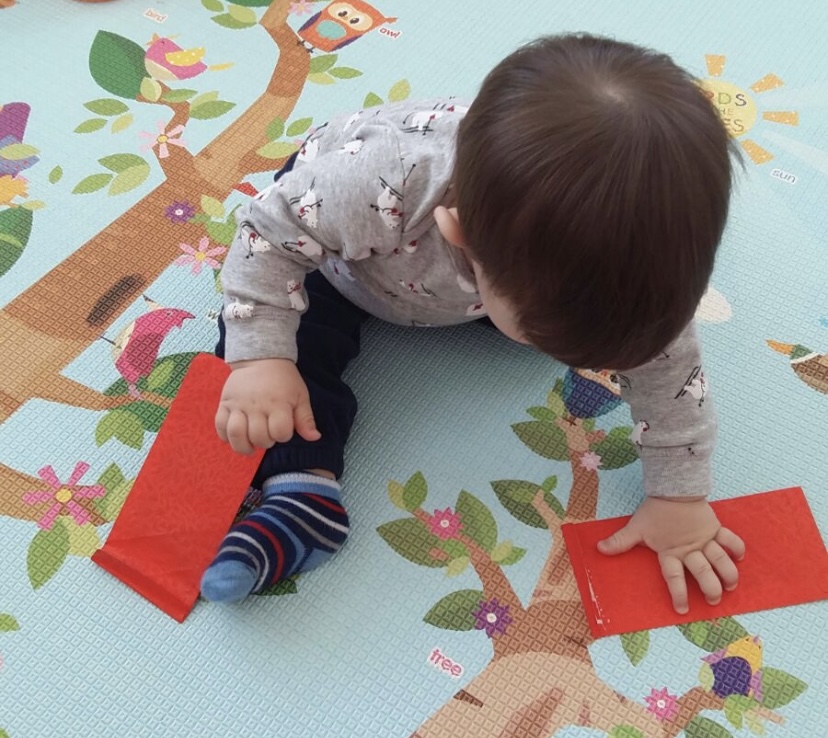 A popular Chinese New Year tradition is to give children red envelopes full of money to represent prosperity and good luck.

Heavenly scents of nian gao and her nainai’s special rou jiang mian fill the air as Haley Chen, a senior at Carlmont High School, sits down at the dining table.

The annual family reunion dinner is about to commence, a common tradition in various Asian households during the Lunar New Year, also known as the Chinese New Year. The dumpling-making started earlier that morning. Early preparation has paid off, and the feast can commence as Chen’s relatives sit down at the table, encircling the decadent array of dishes.

“The biggest tradition [the Chinese] have is a family reunion dinner. It’s similar to Thanksgiving in the sense where people gather around and celebrate the new cycle that’s to come,” said Mindy Chiang, the Chinese language teacher at Carlmont High School.

Every year, Chen and countless other Asian-American high school students gather with their families to celebrate and participate in customs. The following lunar cycle, on the other hand, may look significantly different for these kids.

Various college students who leave their homes miss out on family-oriented events since they are not living under the influence of their parents.

“Unless [college students] go home to celebrate the [Lunar New Year], then no one really takes part in many traditions on campus,” said Alisha Zhou, a former Carlmont student who now attends the University of California Irvine (UCI).

Once college students leave home, they confront a variety of challenges. The absence of cultural understanding and appreciation is a major contributor to the tradition fading away.

“When we’re at home, our families would set up everything for us. When we’re on our own, we don’t know what traditions to set up or what foods to eat,” Zhou said.

Factors such as a lack of time and money, in addition to the lack of awareness, play a role. Although there have been attempts to keep traditions alive when students are away from home, some may not have the resources to prepare a traditional feast.

“I’m a part of a Chinese Association at [Irvine], and they serve Chinese food, but it’s all kind of Americanized,” Zhou said.

Even though these various obstacles stand in the way of honoring their culture and heritage when in college, Chen still plans to keep the traditions alive.

“I plan to celebrate Chinese New Year next year by hopefully coming back to have dinner with my family as well as upholding the current traditions,” Chen said. “I think it’s important to stay connected to my culture.”

Every person’s interpretation of their culture is distinct. Many students find that holding onto the celebration of the festive events is what helps them honor their culture.

“Culture builds into your personality and characteristics, and Chinese New Year is an important cultural event for me because it was my Nanai’s favorite holiday. Celebrating it makes me feel closer to her,” Chen said.

However, customs can be celebrated in many different shapes and forms. Even though a physical celebration isn’t usually seen in colleges, the idea of the holiday itself is what encapsulates culture. There isn’t necessarily a major cultural dissipation for students who live away from home because this concept of culture varies from person to person.

“Celebrating Chinese New Year doesn’t necessarily require every tradition being followed. It’s more about the spirit of things. Having good company and enjoying a meal and just thinking about the new year already brings the traditions for many people,” Chiang said.

Even though the situation of college students varies, many parents still hope that their children will be interested in learning the basics of these traditions so they’ll be prepared when living away from home.

“My son is still young, so he doesn’t understand much now, but every year, we try little things to teach him about our culture,” Chiang said. “We have family meals and see relatives, and he gets red envelopes and says the greetings. Little things that I hope teach him about where we come from because culture is what makes us interesting.”

Being away from home shouldn’t discourage college students too much. Although the inability to hold the same large celebrations is inevitable in many situations, students still find their way back to where they came from.

“When I have more time and resources after college, I definitely want to reconnect with the traditions and learn more about Chinese New Year,” Zhou said.