Library closes on Friday due to ghoul problem 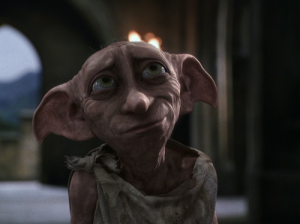 Carlmont’s school library will close on Friday, May 20 while administration takes care of a massive ghoul infestation.

The ghouls were discovered in early May when a Carlmont student was admitted to the hospital after a ghoul threw a textbook at a student and began to vigorously dance on their face.

Carlmont student Sarah Levin was trained exclusively by the Ghoul Busters to take care of this overwhelming problem.

“We’re not the ghost busters like many mistake us for. We’re the ghoul busters. We aren’t sure how to control the little devils but we hope our leather pants will intimidate them,” said Levin.

The estimated five hundred ghouls have allegedly set fire to the entire non-fiction section as well as destroying the entire Harry Potter display. Administration attempted to negotiate with the ghouls by offering them a home at Sequoia High School’s library.

The ghouls refused to reason with administration and then threatened to take over the entire arts building.

Administration plans to block off the library and secure the arts building until the infestation is taken care of.

[DISCLAIMER: This is a work of fiction. Any similarity to a real incident is merely coincidental.]