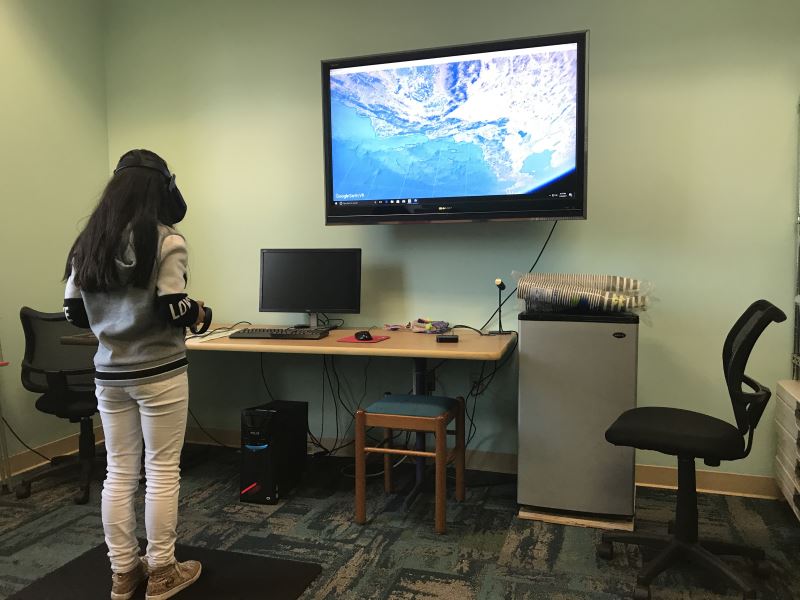 Virtual reality (VR) headsets are looked upon as the future of the gaming world, but this technology can be used for more than entertainment.

Using a grant awarded by the American Library Association, the Redwood City Public library was able to install an Oculus Rift set-up, according to Teen Services Librarian Michelle Clark.

By offering this technology to those who would not be able to access it, the library exposes teens and people of all ages to new places and experiences. VR applications such as Google Earth VR allows users to travel to anywhere on Earth.

VR can also be repurposed to help those with disabilities.

Clark said, “If you have a physical disability that prevents you from leaving your home, having a VR experience that allows you to go shopping or to experience the world outside your door is phenomenal. We can introduce the outside world to so many people that otherwise wouldn’t have access to it.”

Redwood City Librarian Emmanuel Stathakopoulos said, “You could use virtual reality for training purposes. For example, doctors could use it to practice surgery and get the hand movements down.”

Other careers are beginning to implement VR job training as well.  According to Business Insider, Walmart has begun using VR to train its employees.

Redwood City Library’s next VR trial session will be Dec. 7 at 4 pm in the teen room. It is open to all teens who would like to try out a variety of programs on the Oculus Rift.