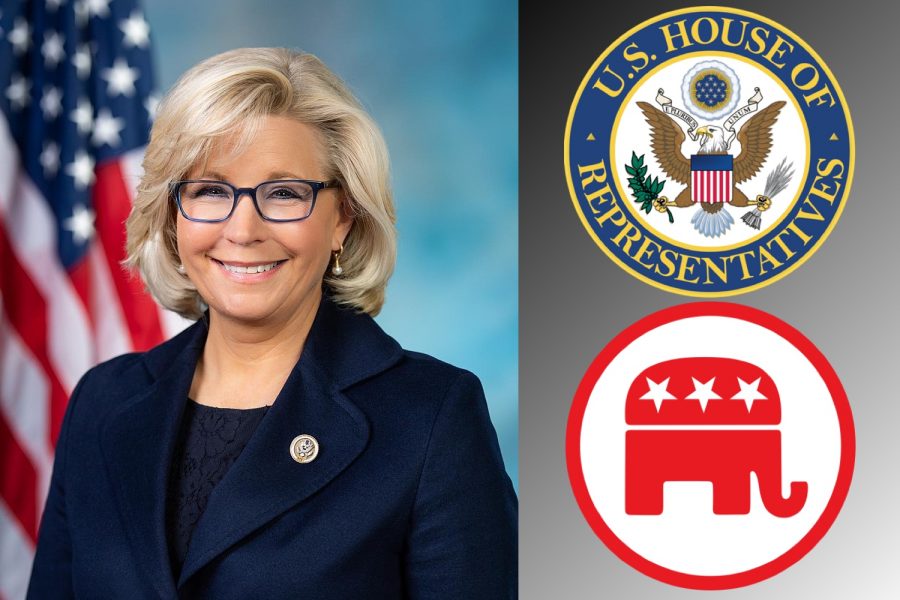 Liz Cheney was removed from her position as Chair of the House Republican Conference after a voting on May 12 among the Republican Representative members.

Since the Jan. 6 riot in the Capitol, former Republican house chair and Wyoming Representative Liz Cheney has been staunchly anti-Trump.

Immediately following the riot and the former President’s impeachment trial, Cheney was challenged by many wanting to remove her from her leadership position due to her vote in support of impeachment.

After four and a half hours of debate, Cheney was able to successfully fend off the challenge due to the support of House Minority Leader Kevin McCarthy.

However, instead of backing down in the following months and consolidating her position, Cheney continued to speak out against Trump, criticizing his refusal to accept the election results.

“We Republicans need to…steer away from the dangerous and anti-democratic Trump cult of personality,” Cheney said.

And Cheney’s persistence came back to bite her on May 12, when she was ousted from her leadership position after a second challenge. The voting session lasted just 16-minutes.

Perhaps the starkest contrast between the first challenge and the second was McCarthy removing his support.

While many House Republicans following McCarthy argued that Cheney damaged party unity, some voted against her because they disagreed with her anti-Trump stance.

An example of the latter group is Senator Lindsey Graham of South Carolina.

“I’ve always liked Liz Cheney, but she’s made a determination that the Republican Party can’t grow with President Trump. I’ve determined we can’t grow without him,” Graham said.

Despite most Republicans supporting Cheney’s removal, some opposed it, agreeing with her stance on Trump.

One such Republican is Peter Wehner, a speechwriter who served Presidents Reagan, Bush, and Bush Jr., and is currently a vice president and senior fellow at the Ethics and Public Policy Center, a conservative think tank.

Wehner has shown criticism of Trump since his election in 2016, mainly because of Trump’s denial of facts in favor of his interpretation of events.

In the eyes of Republicans like Wehner, the decision to remove Cheney is a decision to support reality as Trump sees it.

At the press conference immediately after her removal, Cheney once again expressed her firm resolve to oppose Trump. She also responded to comments that the debate about election integrity is over, a major reason for support of her removal.

“This isn’t about looking backward. This is about the real-time current potential damage that he’s doing that he continues to do,” Cheney said.