Loss of a parent results in emotional obstacles 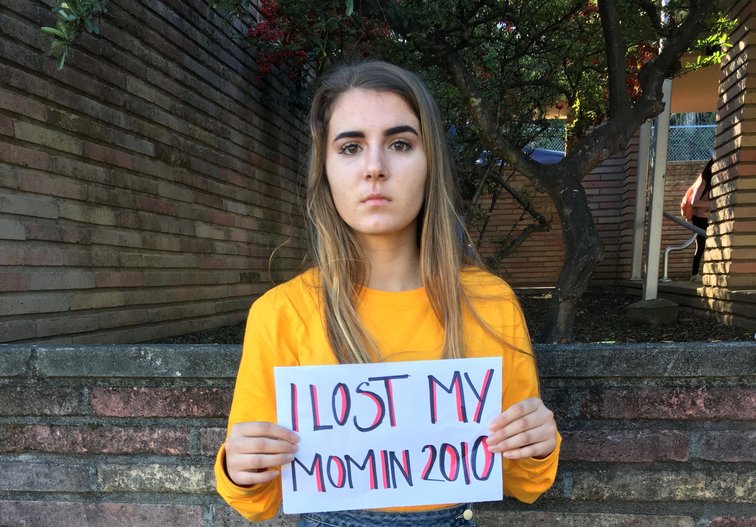 Sophomore Kaylie Moropoulos shares her story regarding her mom's death.

Rushing to the hospital.

Even though the death of a parent while the kid is still young is not common, it happens, and it can change those left behind in unexpected ways.

“I developed an anxiety problem because of it,” said sophomore Kaylie Moropoulos.

Some children lose a parent at a young age which then changes their outlook on life.

For sophomore Grant Acker, he had to find out his devastating news of his dad after school and realized that a lot of people already found out from seeing it on their way home to Redwood Shores.

According to PR Newswire, one out of seven Americans lose a parent or sibling before they turn 20.

They may feel that they are less than compared to others.

But some students at Carlmont are willing to use their parent’s death to motivate them into working harder than before.

They choose to not have others give them pity.

“I don’t like to be defined by my dad’s death like I don’t want people to feel pity for me, but I do use it as like a way to push me further. I use it to be more grateful for things because you never know when you could lose it,” said Simone Almendarez Baltodano, a junior.

The loss of a parent reflects on a student in many ways that no one can ever think of, but some students who have endured a loss attempt to ensure that it does not interfere with the person who they want to be in the future.

Moropoulos views the death of her mom as a way to express her feelings to others, in order to fill the void of her mom with happiness.

“I participate in SOS, and I talk to the freshmen class. It didn’t really improve my anxiety until I did those presentations with SOS, and that is what helped me the most,” said Moropoulos.

Some choose to remember the death of a loved one by thinking of their best memories with them.

Acker views the death of his dad as a way to look at life differently, mostly through being thankful for what he has and by taking a more prominent role in his family by helping out more than usual.

His father passed away unexpectedly due to a disease that his family did not know about until after his death.

“He went out for a run, but then, he didn’t come back. He had this disease called cardiomyopathy. It’s like an enlarged heart, meaning that it occurs genetically. Essentially, more exercise is bad for you and everything that you think is supposed to be healthy is actually bad,” said sophomore Grant Acker.

Parents can die when anyone least expects it.

“You just kinda have to accept that you don’t have [both] parents. That doesn’t mean that what you have left isn’t enough or that your other parent isn’t enough,” said Almendarez Baltodano.

Sometimes the death will affect the whole family in ways the children thought would never happen in their life. It can happen over time, or even years later.

Moropoulos said, “Overall, everyone in my family just became more independent. We were a little bit more divided.”