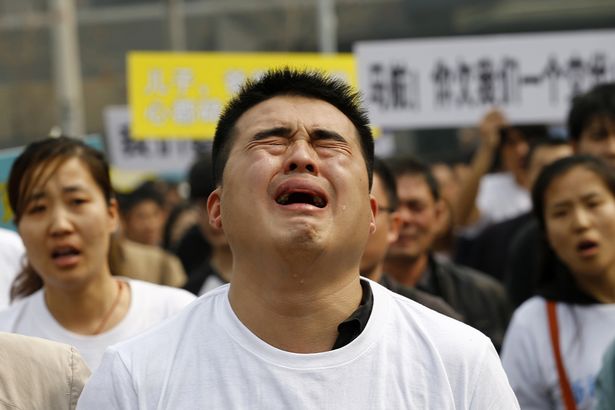 Malaysia flight MH370 went missing on March 8, carrying 239 passengers and the airline now struggles to put a price on a life.

Each family has already been given a $5,000 compensation, but the compensation to be given per passenger continues vary based on many different elements.

According to CNN some attorneys say the total for each passenger could vary from $400,000 to $10 million.

The plane has been thought to be somewhere in the southern Indian Ocean, but there is no hard evidence proving that correct.

Prime Minister Najib Razak said, “This is a remote location, far from any possible landing sites. It is therefore with deep sadness and regret that I must inform you that, according to this new data, flight MH370 ended in the southern Indian Ocean.”

All 239 of the people on the plane ,227 passengers and 12 crew, are assumed to have died upon some type of unknown impact.

According to CNN, The airline must pay the families of those on board around $176,000 based on a  treaty known as the Montreal Convention, and said it had already given relatives $5,000 per passenger in compensation.

The compensation amount is said to vary based on age and the country of residency.

Junior Megan Gulliermo said,”I think that between all the airlines, there should be some sort of standard price set for all passengers, regardless of age, gender, or race.”

There were passengers of 14 different nationalities on board the flight. The majority (152) were Chinese. There were also 38 passengers from Malaysia, seven were Indonesian, six were from Australian, and three Americans were on board, among other nationalities.

Rolfe spoke of the compensation differences by residency when she said, “American court could pay out between $8-10 million on a per-passenger basis, but compensation would be a fraction of this outside of the U.S. In China I estimate relatives will receive less than one million dollars per passenger.”

The 239 lives lost on Malaysia flight MH370 is a small number compared to the amount of lives that will be altered without those 239 people.

Senior Simone McCarthy spoke regarding the subject when she said, “I don’t think there should be a value of life. The value all depends on what you do with your life and the choices you make.”