How technology impacts the future of sports 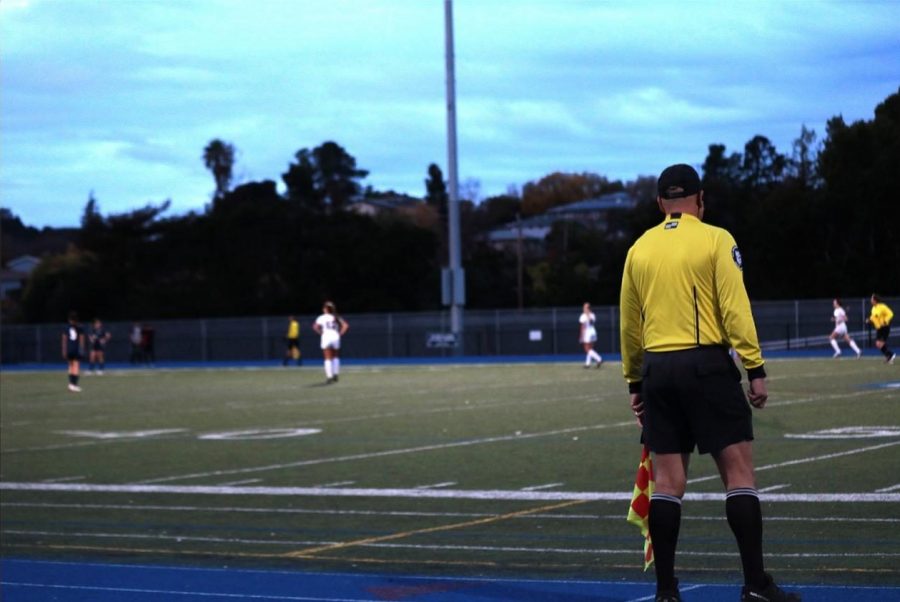 In the bottom of the ninth inning, your favorite team has the winning run on second base, with the best player on the team up to bat. As you refocus your eyes onto the TV screen, the batter takes a practice swing.

“One ball and two strikes,” the umpire calls out the count. The pitcher winds up and throws the pitch. The ball is outside.

The umpire calls the batter out to end the game. The team’s manager storms out to argue. The rest of the team is yelling at the umpire. You are speechless.

None of this would have happened if there was an automated strike zone behind the plate.

The world of sports is always changing to adapt to the modern world. However, the newest additions to sports are often controversial, as many people have differing views on how technology will affect the games.

On July 10, 2019 during the Atlantic League All-Star Game, the automated strike zone was put into play for the first time in baseball history. The home plate umpire wore an earpiece that fed him the call after every pitch. However, the umpire had the ability to override the computer’s call, as the automated zone had multiple malfunctions throughout the game.

While the first unveiling of the technology was imperfect, it did show promise. For instance, a positive outcome of adding the electronic strike zone to the game is that the consistency of calls will increase, as much of the human error will be eliminated from the game.

Throughout the 2019 MLB postseason, the issue of human error came up multiple times, especially in critical situations. According to a Boston University study, almost one out of every 20 calls is blown. For this reason, multiple players, including New York Yankees outfielder Aaron Judge, have called for the addition of the electronic strike zone.

However, what determines a strike isn’t always clear.

The MLB rulebook states, “In order to get a strike call, part of the ball must cross over part of home plate while in the [strike zone].”

The question then becomes how much of “part of the ball” has to cross the plate for a strike to be called. The gray area of this rule could ultimately cause more confusion, even though the goal of the automated strike zone is to limit confusion.

In addition, the automated strike zone draws criticism because many believe the human element of umpiring adds strategy to the game.

“Changing zones are part of the game, and human umpires should be able to command the zone the way that they want to. Human umpires add more strategy because teams have to adjust to the zone that the umpire has set, and play to it,” said Brad Ayers, a sophomore and Carlmont baseball player.

A major component of baseball, which is to study the umpire’s calls and use the information when hitting or pitching, seems to be lost with the addition of the electronic strike zone.

However, baseball is not the only sport struggling to find a balance between adding new technology and preserving the integrity of the game; soccer is fighting a similar battle with video replay.

A new addition to soccer is the video assistant referee (VAR), a match official who reviews calls through video replay. The VAR was officially approved for FIFA use in March 2018.

The goal of the VAR is to “support the decision-making process of referees [and] provide minimum interference with maximum benefit,” according to FIFA.

Many of the reasons VAR was implemented in soccer are similar to the reasons MLB is experimenting with the electronic strike zone. Increased fairness and reduction of human error are among the most commonly stated goals.

The implementation of VAR into soccer seems like a no-brainer to some, due to the assumption that it will make the game more equitable. Research conducted by Professor Werner Helsen of Katholieke Universiteit Leuven (KU Leuven) presented to FIFA and IFAB ahead of the 2018 World Cup indicated that “accuracy of decisions increased by 5.8% to 98.8% in matches using VAR.”

Nonetheless, spectators of the game still have mixed opinions. Sophomore Johan Romero, an avid soccer fan and forward on the Carlmont soccer team, does not speak highly of VAR.

“VAR isn’t a good addition because it takes out the element of uncertainty that I enjoy about the game. It also makes soccer less interesting because players don’t have to learn to play how the official is calling the game,” Romero said.

Many argue that bad calls have a place in the game because it makes soccer more intriguing. On the flip side, bad calls can infuriate players and spectators, especially in close games.

Romero presents a similar argument that the baseball community has made about the automated strike zone. He believes the human element of games makes them more strategic, exciting, and engaging. With the addition of VAR, referees on the field will have less say in how a game is called.

VAR, similarly to the electronic strike zone, doesn’t seem to be leaving the game any time soon. Ultimately, fans and athletes will have to see improvements in these two new technological additions in order to accept and feel comfortable with them in the future.