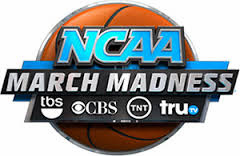 Anything is possible this March

One thing I admire about college basketball is that there’s never a game that doesn’t make you jump out your seat.

When March Madness comes around, all the teams have the opportunity to have a clean slate, and they just focus on playing the best basketball they can.

Every year, there is an upset that takes place. Last year, no one would have thought University of Connecticut would have won the National Collegiate Athletic Association (NCAA) championship.

At the college level, rankings aren’t as important when determining who will win the tournament compared to the National Basketball Association (NBA).

What it all comes down to is who is playing the best basketball that given night.

Take Villanova, number one in the east coast with a record of 33-2, being a favorite by many to go very far in the tournament, was stopped by the number 8 seed North Carolina State (NC State) with a record of 21-13, 71 to 68.

With the one game elimination, anything is possible. If Villanova was in a seven game series like in the pros, no doubt they would have gone up. But NC State came ready to play and prevailed.

Anything is possible in college, and UCLA has been playing some great basketball this March. I can see them over the favorited Gonzaga.

There could be a whole novel if I wrote about all the upsets, but the two teams who have lived up to their rankings are Kentucky and Arizona.

Kentucky, a perfect 34-0, and Arizona, a close 31-3, have not let up one bit having decisive victories every game.

In the Final Four, I’m going to predict Kentucky, Duke, Arizona, and MSU with Kentucky taking it all. They are going to finish out with the perfect season.

But then again you never know, someone like UCLA might sneak on by and take the championship. Anything is possible in college.