May Ruth Bader Ginsburg’s memory be her legacy 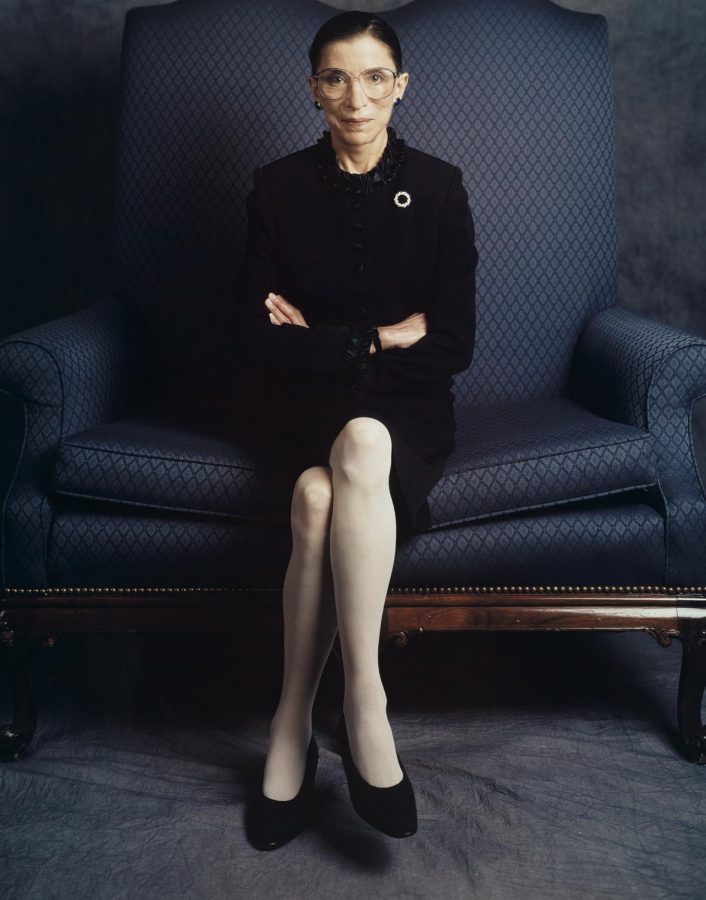 Justice Ruth Bader Ginsburg was a champion of justice and equal rights. When asked about her legacy, she said, "To make life a little better for people less fortunate than you, that's what I think a meaningful life is. One lives not just for oneself but for one's community."

Ruth Bader Ginsburg was buried Friday at the U.S. Capitol Hill – the first woman to receive this honor. Now, as Americans mourn her passing, they simultaneously embrace her legacy.

Bader was born to Jewish parents in 1933 in Brooklyn, New York. She graduated first in her class from Cornell University in 1954 and married her husband, Martin D. Ginsburg, the same year. Because she was a woman, Bader was not chosen as Justice Felix Frankfurter’s clerk in 1960. Thirty-three years later, she was nominated to the U.S. Supreme Court by President Bill Clinton. As the second woman to serve on the highest court, Ginsburg was a warrior for gender equality.

Ginsburg’s appeals had both political and societal influence, empowering women legally and morally.

“She made me and women all over the country believe in themselves and inspired them to be whatever they wanted to be, while also giving them the rights to do so,” said Morgan Hawes, a human rights activist, and a senior.

Before her Supreme Court service, sex-based discrimination was legal, states could ban same-sex marriage, and women couldn’t sign a mortgage or have a bank account without a male co-signer.

“She fought for equality all her life and got stuff done. That is something not many people can say,” said Emily Livesay, a senior.

Some of the most notable supporting statements made by Ginsburg played vital roles in cases that changed these injustices. In the United States v. Virginia case, preventing the Virginia Military Institute from barring women, as well as the Obergefell v. Hodges, a 2015 case that granted same-sex couples the right to marry, Ginsburg’s writing changed the course of America.

Ginsburg is also widely known for her dissents. She wrote the dissent for the infamous Ledbetter v. Goodyear case, which pertains to the equal pay debate. Ginsburg is also responsible for the Shelby v. Holder dissent, a civil rights case that resulted in the disenfranchisement of thousands of voters. After writing “I dissent” in her opinion on the Gore v. Bush case, the phrase became a staple for the feminist movement.

As an influential activist, Ginsburg’s perseverance through five bouts of cancer made her a cultural icon.

“Her grit, compassion, and drive, will forever inspire me, as well as many others. She will forever be a blessing to our country and all the individuals she advocated for,” said French Honors Society Lead Officer Maddy Becker.

The notorious RBG – a nickname given to Ginsburg by Millennials and Generation X – became a celebrity in her later years.

“I am 84-years-old, and everyone wants to take a picture with me,” she joked in her documentary. Later that year, On the Basis of Sex, an award-winning movie starring Felicity Jones, cast Ginsburg’s life, struggles, and work towards equality. Kate McKinnon also played her on Saturday Night Live, embracing her small build with a ‘super-diva’ attitude.

“She paved the way for all backgrounds and identities to be heard, represented, and respected. She is the definition of what someone can achieve when they push the boundaries of an inhibiting patriarchal society, and she brought hope and sparked a passion for so many girls,” said Carlmont ASB Clubs and Culture Commissioner Lilly Rozansky.

Graduating as one of nine women in a 500 student class and being the first Jewish person buried on Capitol Hill, Ginsburg lived a life defying societal expectations.

“She was an activist for so many different kinds of people, and it is so crucial that her legacy lives on,” said Carlmont Jewish Club President Liz Gurevich.

The day before her graduation, Ginsburg’s mom – Celia Bader – died from cancer, and in 2010, the disease killed her husband as well. Finally, on Sep. 18, 2020, Ruth Bader Ginsburg passed away, completing her 21 year battle with cancer and leaving many women fearful for their future in America. Evynne Yee, a senior, expressed her worries saying, “With her gone, it basically means that my rights are at risk of being stripped.”

Ginsburg fought for equal justice under the law until her last day. She served as an inspiration and icon, opening the doors for future generations to uphold her legacy. May her memory be a blessing.