Meatless meat companies: Reinventing the food industry one meal at a time 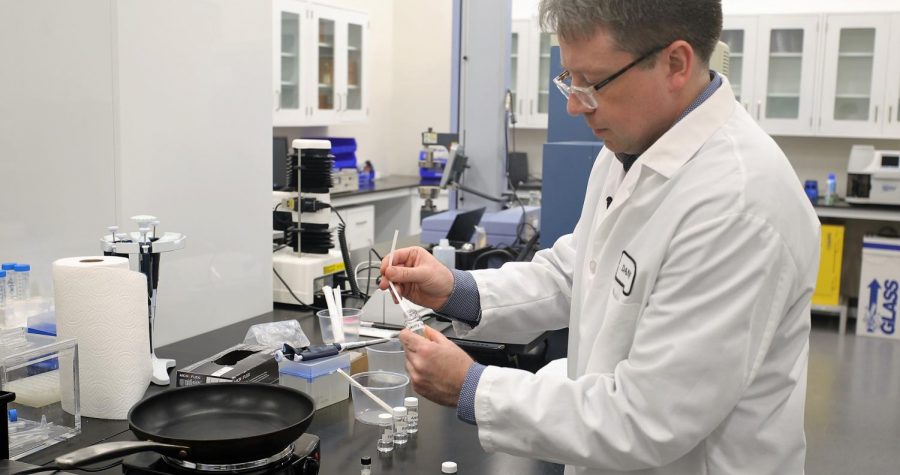 Scientists from Beyond Meat work to create a plant-based burger that tastes and performs like real meat.

If the entire world were to become vegetarian by 2050, food-related greenhouse gas emissions would drop by around 60%.

Imagine that. A world with only plant-based foods. A world that can eat it’s way to a healthier future.

For many, this idea seems out of reach. Poverty in third-world countries, a global pandemic, political instability – all arguably larger priorities than trying to turn everyone vegetarian. But, for meatless meat companies such as Beyond Meat, Impossible Foods, and Quorn, a world with only plant-based foods doesn’t seem far-fetched.

Products like the Beyond Breakfast Sausage and the Impossible Burger are already being sold at grocery stores and fast-food chains across the United States. Even more impressive, after its debut in 2016, the Beyond Burger has sold more than 25 million units. Beyond Meat’s success has allowed it to begin to spread internationally.

There is no denying their impact, yet thousands of people are still skeptical and hesitant to eat meat products solely made from plants. After all, these companies took a fairly absurd idea – plant-based meat – and made it into a reality.

But, regardless of how successful these companies are on the business side of things, their goal is still to help the planet environmentally. By providing consumers with a vegetarian option that performs like real meat, they hope to slow climate change and preserve natural ecosystems.

They’re reinventing people’s diets with food products that didn’t exist a couple of decades ago, and, beneath capitalism, questions about overprocessing, and allegations regarding food safety, they’re reinventing the world too.