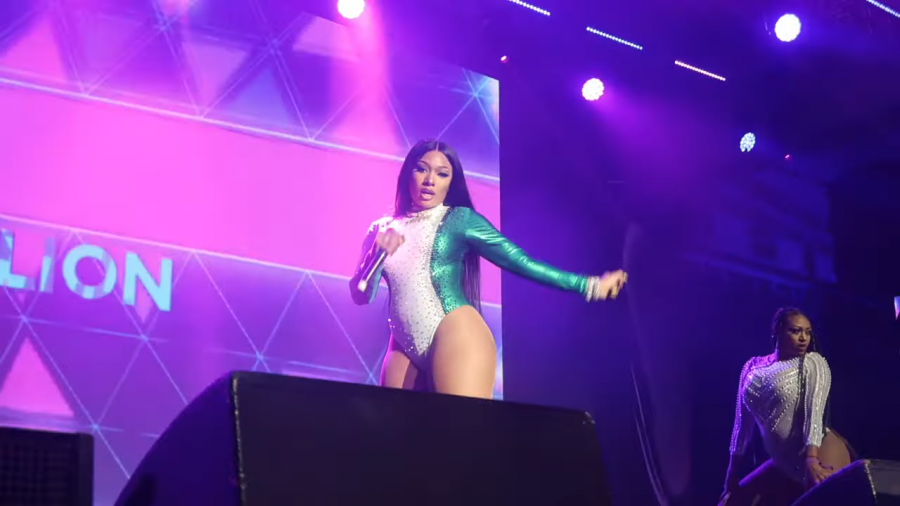 Having a rough year? You’re not alone — but here’s the chance to hear some good news. Megan Thee Stallion, who has captured national attention with hits such as “Hot Girl Summer” and “Savage,” the latter of which grew in popularity through TikTok, has released her debut album.

Even better: it’s utterly fantastic. “Good News” has the liveliness I’ve been missing from the music on the radio these days.

However, this isn’t to say that the album is one-note.

Stallion handles many tough topics, such as her experience being shot by Tory Lanez, in the opening track, “Shots Fired.”

“Now here we are in 2020, eight months later / And you still ain’t got no…justice for Breonna Taylor,” Stallion raps.

The song, which interpolates “Who Shot Ya?” by The Notorious B.I.G. from 1994, is a chill-inducing diss track at Lanez that comments on the violence faced by Black women in today’s society on a systemic level. Stallion has previously stood up for Taylor during an S.N.L. performance in October. She incorporated the words of Black activists such as Malcolm X to advocate for the Black community.

In an article she wrote for The New York Times following the S.N.L. performance, Stallion wrote that “After a lot of self-reflection on that incident, I’ve realized that violence against women is not always connected to being in a relationship. Instead, it happens because too many men treat all women as objects, which helps them to justify inflicting abuse against us when we choose to exercise our own free will.”

Throughout her career, Stallion has dedicated herself to empowering women. Regarding her 2019 hit, “Hot Girl Summer,” Stallion expressed in a tweet that “being a hot girl is about being unapologetically you.”

She accomplishes that feat on “Good News,” where she cultivates a distinct style with hard-hitting songs throughout. Her energy never wavers across the 49 minutes.

Not many people can say that they got Beyoncé to feature on a song for their debut album, but Stallion’s Billboard No. 1 smash, “Savage,” still feels fresh months after its release. If that song is not nominated for Song of the Year at this year’s Grammys, I will be sorely disappointed.

However, my personal favorite song is “What’s New,” another confident, head-bopping anthem from Stallion channeling one of her earlier releases also on the album, “Girls in the Hood.”

“All this ice around my neck got me feeling too cool,” she raps.

She experiments with “Don’t Rock Me To Sleep,” a blend of synth-pop and disco that will have you humming along.

“Don’t rock me to sleep / Skip to the part that you really mean,” she sings.

Stallion’s willingness to switch up her style for songs such as “Outside” demonstrates her versatility and talent. Her incredible flow and ear for a catchy hook both work to her benefit on this album.

My only criticism is that many of the songs are short: 11 out of the 17 tracks are under 3 minutes, which leaves some feeling underdeveloped. However, I must admit that I admire how quickly Stallion can generate work of a consistent quality: she’s released two E.P.s and an album within the last two years alone.

Stallion shows no sign of slowing down, and her debut proves that she has a long and successful career ahead of her.