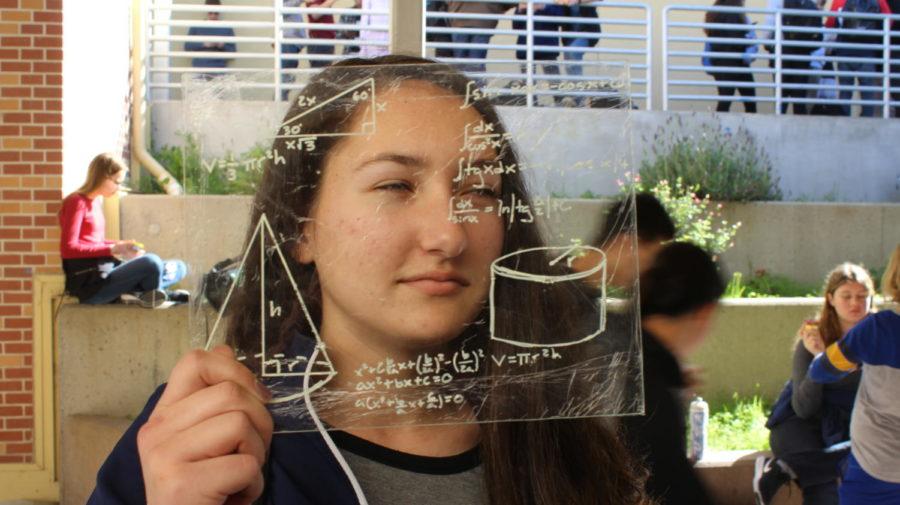 Sophomore Caroleene Block dressed up for meme day as the confused math lady.

Meme Day encouraged students to think outside the box and go out on a limb to create fun costumes to wear to school. There were so many options of memes for each person to choose from, so a lot of students ended up happy.

“We created Meme Day because it was requested by a lot of students,” said Dagny Klieman, the coordinator and a sophomore. “We thought more people would dress up since it’s a common thing for kids these days to relate to.”

In previous times, there were people that were excited to dress up as their favorite meme and to see other outfits, but the turnout was much less than expected. In some classes, there were not any people who dressed up at all.

“I had some friends that were creative, however not many participated,” said sophomore Tim Kraemer. “But it [Meme Day] was a fun and interesting idea to have.”

For those who did dress up, there were endless options of memes to dress up as. A few of them were the confused lady meme, Kermit memes, mannequin heads in hoodies, and The Recorder Kid.

“I think that Meme Day was a great way to dress up and have fun at school,” sophomore Caroleene Block said. “It was really fun to see all the different outfits people had on.”

Because of the popularity of memes, more students felt like they could enjoy participating more than compared to other school activities.

“It reached out to some kids who don’t usually participate in school activities,” Klieman said.

Despite the small turnout, students still really enjoyed Meme Day in general. Presumably, there will be another meme day next school year, especially considering the positive feedback on the matter.

“It should totally be a yearly thing because it’s a really fun way to incorporate fun trends into our school day,” Block said.

If Meme Day becomes a yearly event, the options of costumes are likely to increase considering that new memes will be created in the year to come.