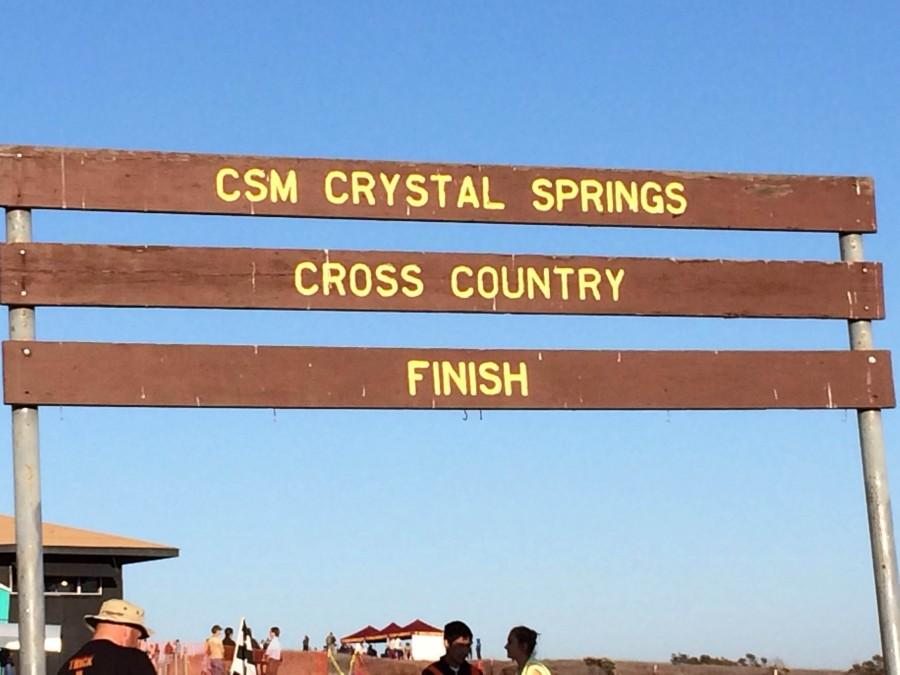 Junior Brian Lee placed 149th at 24:34 for the three-mile Crystal Springs course on Oct. 24. Lee was brought up from the junior varsity team because the varsity team could not participate.

Earlier that day, the Mens Varsity Cross Country team participated in the Carlmont Cup at the homecoming assembly, forcing them to skip class. Their absence in class resulted in the team not being able to run in the meet.

“It’s a shame that the [mens team] didn’t get to run, but it was only a practice meet,” Coach Al Schmidt said, “It’s also good for Brian to have a challenge.”

Lee stayed with the pack at the beginning of the race, but began to lose speed.

“I ran okay, but I began to slow down after the second turn,” Lee said.

For the rest of the race, Lee ran well. At the final turn, Lee sprinted to the finish line and almost advanced past an opponent.

After the race, Lee said, “I was surprised and nervous about running varsity because it was my first time, but I’m glad I finished strong.”