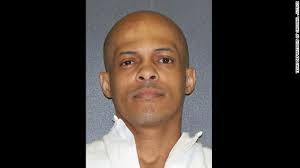 The Texas execution of a 41-year-old Robert Campbell, a convicted rapist and murderer, is now scheduled to be appealed because of Campbell’s claim to have minor intellectual disabilities.

Only two hours before Campbell’s scheduled execution on Tuesday May 13 did his lawyers declare him ineligible for the death penalty.

Sophomore Gabriella Lehr, “I feel as if his disability should not be used as any excuse to his punishment. Many fight daily for the use of equality for all based on gender, race, mental capability and other separations throughout our culture that I would see it unfair to demand these basic equalities for everyone but then decide to discriminate when they are forced to take responsibility for our actions. I find the death penalty to be appropriate in this court case because he did commit the crimes punishable and therefore deserves to receive the negative side.”

According to CNN, “In 2002 the US Supreme Court concluded, ‘the mentally retarded should be Categorically excluded from execution.'”

In the past Campbell had been charged with rape, murder, and multiple accounts of robbery.

Senior Bailee Roces,”I think that the death penalty is okay, but I don’t think in this situation it should be used since he has a mental illness.”

Campbell’s family members were in a pre-execution “orientation” at the Texas State Penitentiary in Huntsville, when they found out about another appeal.

Junior Kaitlin Mcgrath said, “The death sentence in any case seems harsh to me and a life sentence is just as qualified for someone of his state.”

One school test showed Campbell’s IQ at 68, below the average of 100. Prison IQ tests show he scored 71 on another test in 1992. Officials said he scored 84 after a robbery conviction two years earlier, but it is unknown if his climbing IQ scores will be accounted for in court.

A psychologist who assessed Campbell in April reported his IQ is 69 and diagnosed him with “mild mental retardation.”

Campbell was set to be the first U.S. prisoner executed since last month’s botched lethal injection in Oklahoma, which arose tensions about how the death penalty is carried out.

Junior Jasmin Riedel said, “I believe that if every person who was mentally handicapped had a free pass to murder, there would be no justice served.”