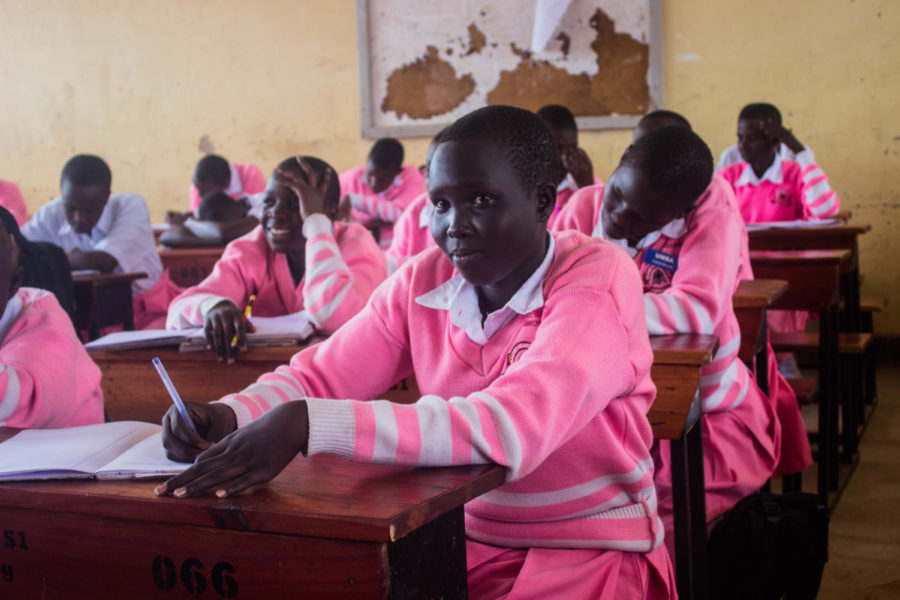 Students are hard at work, taking notes while listening to their teacher's lecture.

She has been told her whole life she is something worth less than a cow.

By the time she is a teenager, her father and uncles have already picked an older man for her to marry. Despite her dismay, she is pushed into the inevitably of early marriage and early childbirth.

She will never learn to read or write, she will never have the chance to learn; all she can do is watch as her dreams are washed down the drain.

This is everyday life for women living in South Sudan.

In some places, such as South Sudan, the constant civil wars and discrepancies between various ethnic groups cause many people to flee or become overwhelmed with poverty. Many girls are also forced into early marriages that lead to early childbirth.

The combined mayhem from the wars and the belief of women being worthless in South Sudan make the ability to achieve education almost impossible for women.

In countries like Uganda, there are many refugee camps as people flee from places such as South Sudan. Due to the focus on feeding and housing these refugees, education is left in the dust.

However, in other places such as Haiti, poverty is the problem. There is not enough money to support girls to go to school, and they are, therefore, preoccupied with tasks around their households, sometimes having to walk miles for food or water.

Mercy Beyond Borders aims to change this reality.