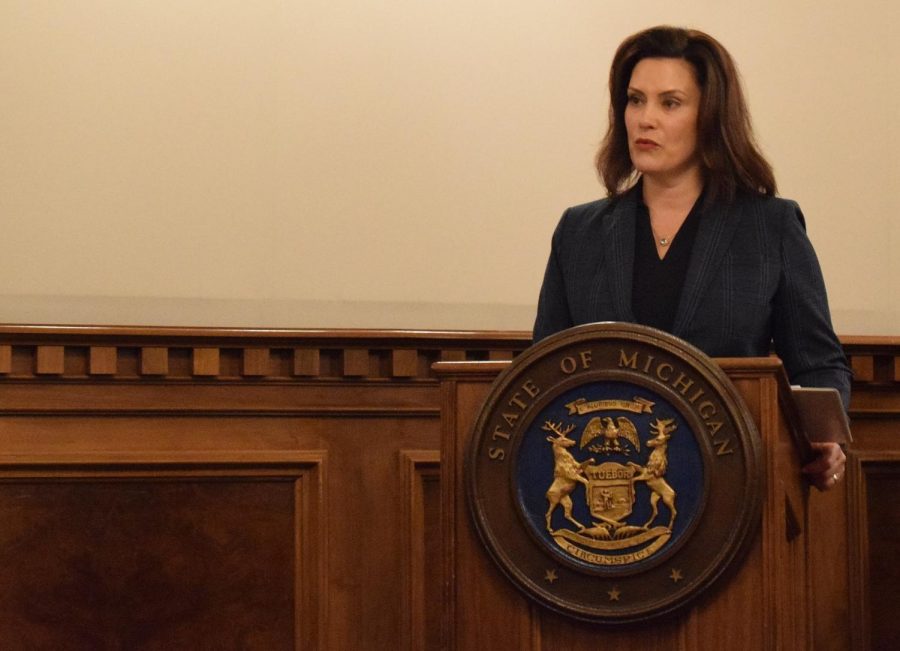 Frustrated, residents of Michigan protested against the extension of the state’s stay-at-home order.

Between 3,000 and 4,000 protestors assembled at the motorcade, named “Operation Gridlock” by its organizers. Demonstrators displayed American flags, Trump 2020 campaign merchandise, and signs with messages such as “Recall Whitmer Now” and “We Want to Work.”

About 150 protestors gathered outside the Capitol Building, even though the organizers had not planned for people to leave their vehicles. According to NPR, most were not following social distancing guidelines or wearing masks.

“I think every single person here is probably going to get coronavirus, we’re all within six feet of each other,” said Nick Somber, a protester.

Although practicing social distancing, demonstrators who stayed inside their vehicles also posed a health threat. Thousands of cars blocked traffic and made it difficult for ambulances to reach a nearby hospital.

“While everyone has a right to gather and express their opinions, today’s protest sends exactly the opposite message that nurses and healthcare professionals are trying to get across: we are begging people, please stay home,” said the Michigan Nurses Association, in a statement.

“This arbitrary blanket spread of shutting down businesses, about putting all of these workers out of business, is just a disaster,” Maddock said. “And people are sick and tired of it.”

Whitmer said that events like this one are the reason for the state’s tight restrictions, but she understands people’s frustration.

“We will get to a place where we can be with our friends and family again,” Whitmer said. “It’s OK to be frustrated; it’s OK to be angry. If it makes you feel better to direct it at me, that’s OK, too.”