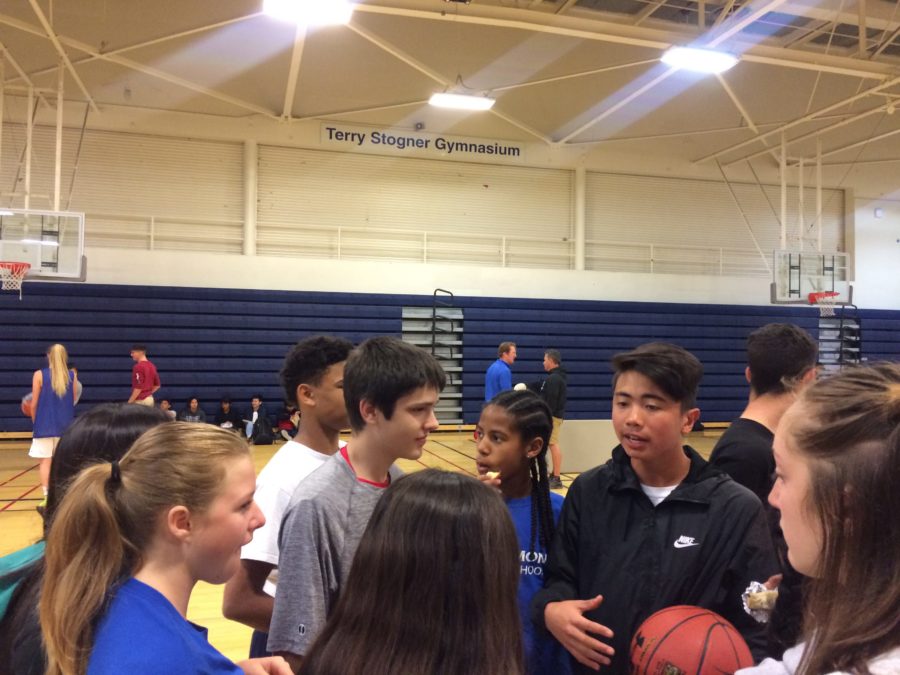 March is associated with St. Patrick’s Day parties and the color green.

However, for many, March means basketball.

This is because the National Collegiate Athletic Association (NCAA) basketball tournament, also known as March Madness, occurs throughout the month.

Carlmont ASB has given students an opportunity to participate in the basketball hype with a tournament known as Mini-Madness.

Carlmont’s tournament, while just as spirited, is slightly less complicated than the NCAA March Madness tournament and consists of only four teams and four games.

Jimmy Rudger, a junior vice president, said, “Each class has a team, which is organized by the class officers. The winners move to the finals and the losers play in a consolation game.”

This tournament, which begins on March 20, is for Carlmont students who did not play on a Carlmont basketball team this past season.

Zach Burgos, a sophomore and Mini-Madness assistant coach, said, “I think it’s a great experience because it gives those who didn’t play during the season a chance to play basketball. Also, it’s fun to watch.”

While planning the event, ASB members tested their organization skills.

“Class officers have done a lot to prepare for this whole event. We have assembled teams, represented our classes, and coordinated with all the players and referees to ensure we all understand what is going on. I’d say the teams spent around three weeks preparing, but the seniors probably have spent more time because they had to make jerseys,” said Freshman Class President Joe Sison.

Although the women’s NCAA tournament is not as popular as the men’s tournament, Mini-Madness consists of both female and male students together.

“I am not intimidated to be playing because the guys on the team are my friends and we are all just playing to have fun,” said freshman Sarah Stulbarg.

Many believe that this tournament promotes friendly competition and fun for Carlmont students in a new way.

“I think it is a good opportunity for everyone because you get to play with a different level of competitiveness and it’s not something you can do all the time,” said Stulbarg.

Sison is confident in the abilities of the freshman class and is counting on their win.

“I expect the freshmen to win. No bias, but I see a high-scoring game in favor of the freshmen,” said Sison.

On the other hand, Burgos is feeling the same confidence in the sophomore team.

“I think we will do well because we have a lot of players who have experience playing basketball in the past,” said Burgos.

Overall, the Mini-Madness tournament gives Carlmont students a fun activity to participate in during March Madness.

Sison said, “I hope everyone will have a fun time and enjoy the tournament as a school-wide activity that brings the classes together and mixes in competition with fun.”