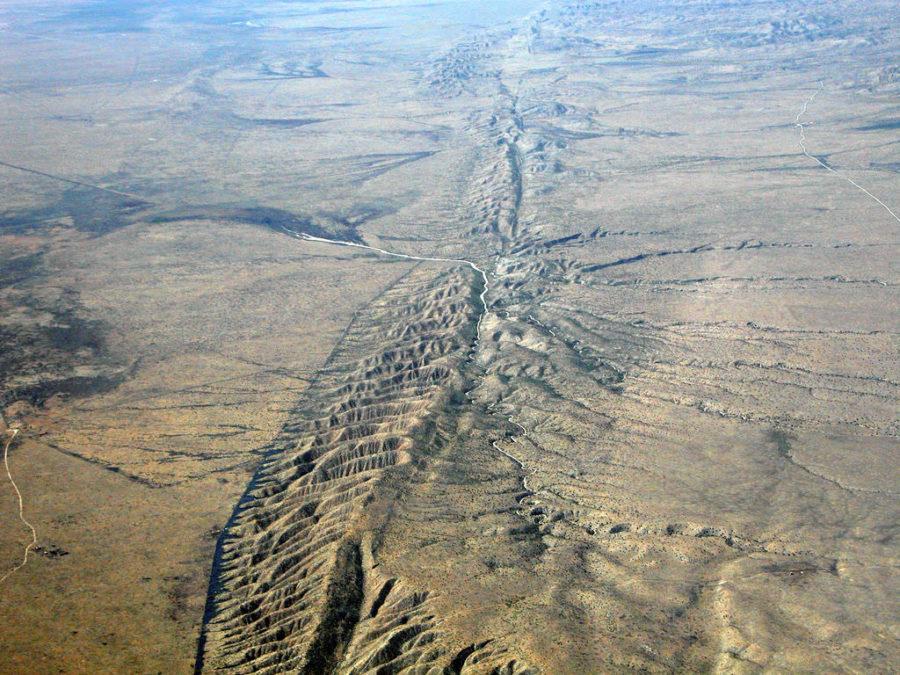 The San Andreas fault is where many minor earthquakes happen and where a major earthquake could occur in the future.

This is what residents in the Bay Area and California have been forced to prepare for and may have to endure.

In the recent years, California’s threat for a major earthquake has gone up immensely. According to the U.S. Geological Survey,  the state will experience an earthquake over magnitude 6.7 in the next 30 years. The state is also at a 7 percent risk of a mega-earthquake in the same time period.

On Nov. 13, some Monterey County residents got a taste of a major possible disaster when a 4.7 magnitude earthquake hit the area. The earthquake could be felt as far as San Francisco.

M4.7 #Earthquake SE of Monterey at 11:31 am. Felt widely in #SanJose & Santa Clara Valley. Did you feel it? @CBSSF #sf pic.twitter.com/cUrtXwotY6

“The garage was like boom boom boom; everything was shaking in my office. I have glass shelves and everything. [The earthquake] lasted like maybe 5 seconds,” said Jane Shipman, a South Bay resident, in an interview with ABC News.

According to scientists and seismologists, understanding small earthquakes like this can help them better understand the San Andreas Fault as a whole.

But earthquakes are not the only thing Bay Area residents have to worry about.

In Foster City, the levee must be raised unless residents want to purchase costly flood insurance and risk the value of their home. If it isn’t, the risk of flooding is imminent.

Raising the levee is a costly project, ringing in at about $90 million of taxpayer money that will have to be used.

“It’s FEMA’s decision so we’ve got to do it and we have to be prepared. And as recent natural disasters have shown us, you need to be prepared,” said Vice Mayor Sam Hindi in an interview with the San Mateo Daily Journal. “Being a victim without preparation is quite costly.”

As the world continues to change, California residents have already been feeling those effects and may continue to feel them in the future.

Michelle Tenin, a senior, said, “I have friends who live in Foster City so it worries me that people there could be in danger.

Although it is not completely clear why natural disasters are becoming more frequent and likely, many residents know that this is something they will have to be prepared for.