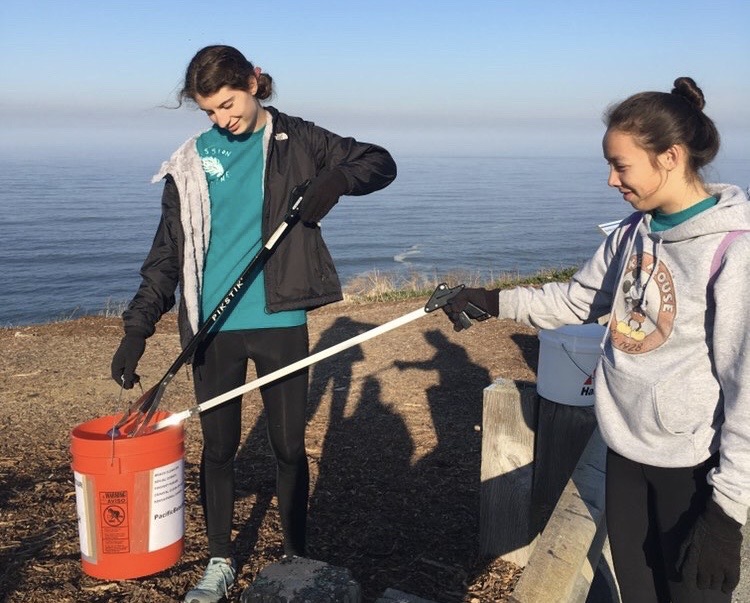 This service club strives to preserve the world’s oceans by educating their peers and hosting events to save the seas. They also focus on other topics, such as climate change and environmental studies.

Though a new club, Mission Marine hopes to leave a positive mark on their community as well as their oceans.

During their meetings, members discuss the various situations in the waterways and come up with local solutions for those issues. Mission Marine also hosts various events, such as beach cleanups, bay restorations, and trips to marine institutes in order to get their peers actively involved in helping improve the ocean’s current condition.

“I think Mission Marine will bring awareness about the specific garbage and pollution that impacts marine life,” said Catie O’Connor, the club’s treasurer.

Both the club president, vice president, and club adviser pitched the idea for Mission Marine Club with a shared passion for marine biology and an urge to resolve the ocean’s deteriorating state.

Sonia Pollitt, a chemistry teacher and the club’s adviser, has extensive background knowledge on the subject.

“I actually wanted to be a marine biology major when I was in college, so I took a lot of marine biology courses. I also keep a marine aquarium, a reef tank with corals, and I think that it is a great way to learn about coral bleaching and the environment,” Pollitt said.

Mission Marine Club is not only designed for the leaders of the club who have a passion for marine biology and environmental studies, but it is also meant for all people with a general interest in the subject.

“This club is meant for anyone who wishes to become active in marine biology or caring for their environment,” O’Connor said.

Though ocean pollution is a global issue, Mission Marine Club encourages its members to try to make a change.

“Since we’re a new club, we’re just getting started, but we’re doing a lot of beach cleanups. I think if we publicize more and get more members so we have more of a big club, through our club, we could help the world,” said Kaitlyn Fong, the club secretary.

Mission Marine Club meets every first and third Tuesday in room A11.