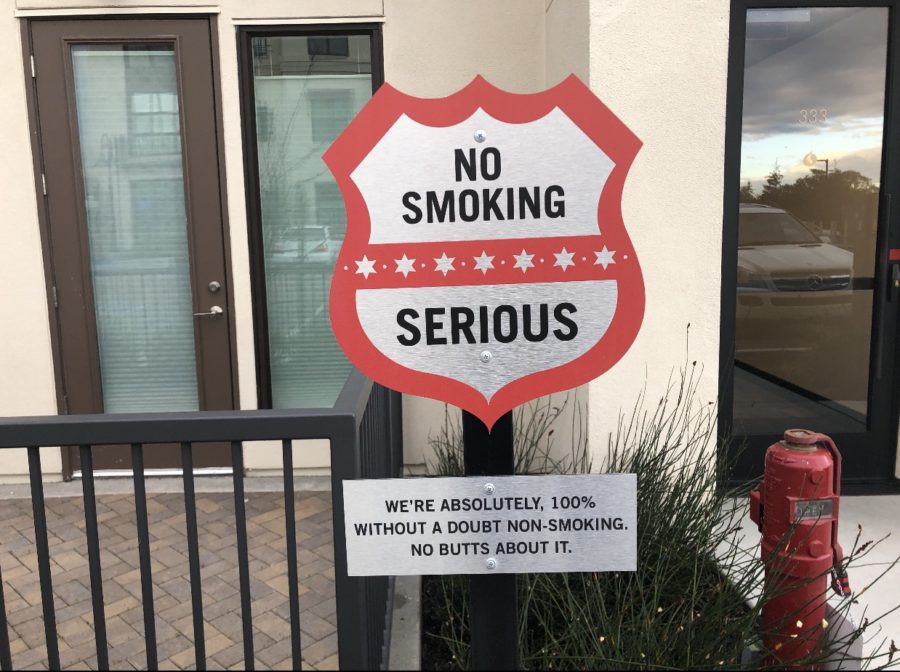 Like many new apartment buildings, smoking is prohibited at the Trestle apartment complex.

Following the lead of other cities in the San Mateo County, the San Carlos City Council is tackling the problem of smoking in apartment buildings. On Jan. 28, a study session was held to discuss a possible multifamily residential nonsmoking ordinance.

“I feel like where I live isn’t safe when people smoke. I would like to be free from all the smoke and have fun without having to take a lot of medication. I would like to have enough breath to run around with my friends,” said 11-year-old Alaina who has asthma and chose not to reveal her last name.

A multifamily building is defined as a residential property containing two or more units that are connected. Twenty-five percent of people living in San Carlos live in multifamily dwellings.

Eighty percent of survey respondents prefer housing with smoke-free areas; for the other 20 percent, the city would have to offer ways for them to adapt to the new ordinance.

“In cities where there are buildings that have not voluntarily chosen to go smoke-free, the ordinances in other cities make a grace period that gives building managers time to notify their residents or for people to change their behavior, whether that be getting used to smoking in an outdoor area or choosing to want to quit smoking,” said Francesca Lomotan, the director of the San Mateo County Health Tobacco Prevention Program.

San Mateo County offers a list of resources that are provided to people who are considering quitting smoking.

“My concern is no longer for my own health; it’s for my 2-year-old daughter. The risk of secondhand smoke especially in young children is well documented,” said Gretchen Lowell, a San Carlos resident.

Many places in San Mateo County, including Belmont and Redwood City, already have policies to protect multifamily units from secondhand smoke. In 2009, Belmont became the first city in the U.S. to enact such an ordinance.

Residents express confidence in their City Council to perfect the ordinance.

“I hope our San Carlos ordinance will be the best in the country and serve as a model for other communities in the future,” said Edward Slesinger, a San Carlos resident.