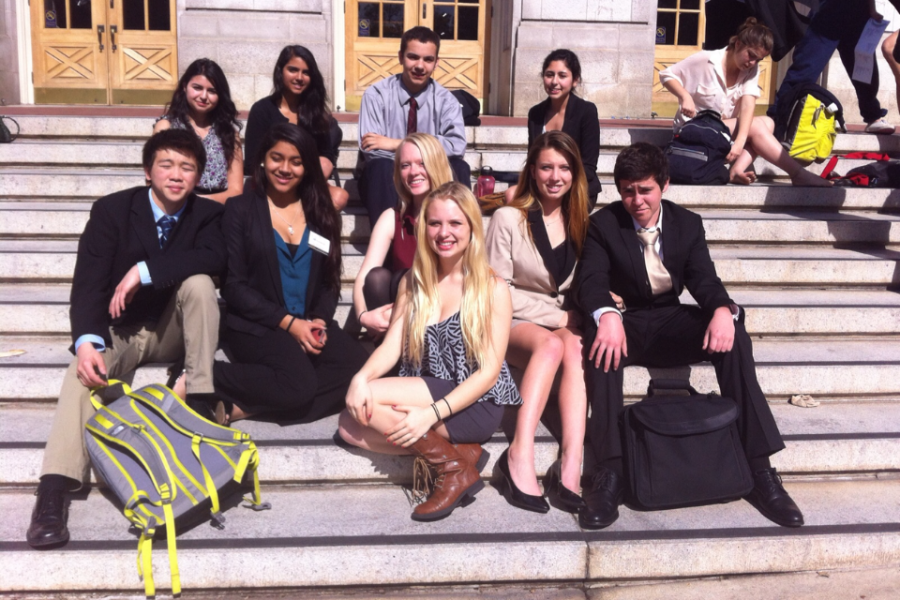 To many high school students, the world of politics can seem intimidating and difficult to understand, but for the members of the Model United Nations club, opportunities to immerse themselves in the world of politics through conferences, discussions, and government involved decision making run rampant.

The Model United Nations club is not just any group of people who meet regularly with a simple goal in mind. Members of MUN learn how to write research papers and participate in conferences where they represent the governments of different countries.

These projects are worked on by keeping in mind the real United Nations, a coalition of countries that formed after World War II to promote world peace.

These tasks, including presentations that require a lot of research, are not easy, so a group of commissioners serves new members by educating them during busy meetings on the various tasks needed for conferences.

Abassi said, “When I’m not giving presentations to newer club members, the commissioners and I read articles based on current events and like to discuss them with the club.”

All MUN work is done with end-of-season conferences in mind, where partners team up to represent different countries, discussing and proposing action considering a mock global issue.

“When we discuss global events in current news, it is good practice to ask everyone ‘What would your country do about this issue?’” said Abassi.

Though it does take dedication and hard work to be a part of MUN, co-president and junior Nathan Klebanov feels he is rewarded with the benefits he has gotten out of participating in the critical thinking that the conferences, simulations, and practices require.

“MUN is so interesting to be a part of and has helped me so much. The skills that I have learned in the field of critically thinking have made very strong in decision making,” said Klebanov.

In late March, Carlmont MUN will be hosting a conference on campus for other schools in the area. Usually, schools attend conferences at college campuses, and Carlmont is one of the few schools to hold their own conference.

Abassi said, “It is very unique for a school to hold a delegation on their own, and we are very excited to debate and present our research in our own home base.”

Many other schools have MUN programs, but things are done and programs are run differently from school to school.  Junior Izzy Kipnis is a member of the MUN club at Lynbrook High School, and her MUN club chooses to run “socials” to unify their team.

Kipnis said, “We hold social events for all MUN members, where we go out or watch a movie together, and it has been evident that socials have helped our team to bond and work harder.”

While Carlmont MUN members often work on research outside of the club and during scheduled meetings, Lynbrook holds research nights where all members get together after school to do political investigating.

Regardless of club differences, when MUN members from schools all over the Bay Area join together for conferences, simulating real United Nations conferences, and are able to present their country’s representative opinion, they know their hard work in researching and discussing has paid off.