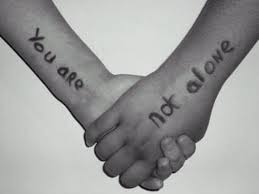 The death of Beverly Carter raised awareness over concerns of women’s safety all over the nation.

Forty-nine-year-old real estate agent Carter was reported missing on Friday Sept. 25 after she was supposed to meet an unknown client at a house that evening.

Aaron Lewis, the client whom she intended to show the home to, was charged with capital murder when her body was found on Sept. 30. Evidence showed many reasons to believe he was responsible for her death.

When Lewis was asked why he targeted Carter, he said, “Because she was just a women that worked alone..a rich broker.”

Investigators immediately notified Carter’s family when her body was found in a shallow grave only 20 miles from where she originally disappeared.

Junior Gabriella Lehr said, “My dad is a realtor and although he is less of a target because he is a man, he still takes safety very seriously throughout his company and does his best to ensure all of his employes safety when meeting a new client or going to a vacant house.”

The community joined together in search of Carter and when her body was found, they attended the press conference all wearing red shirts that said, “#findBeverley” to honor the mother and grandmother.

Real estate agents all over the country have been shaken by Carter’s death and are now taking precautions to ensure greater safety. Many real estate firms are now requiring the first meeting with a new client to be at the office and for the client to send a copy of their photo identification.

This isn’t the first time a real estate agent has been murdered showing a home. In  2011, 27-year-old Ashley Okland was killed while showing a home in Iowa and a few years earlier, in 2006, Sarah Anne Walker was stabbed 27 times inside a model home in Texas.

Although this is of great concerns for real estate agents throughout the United States, it is also a public safety concern for all people and particularly young women traveling alone and being targeted.

Not only in the United States, but throughout the whole world, women are targets for assault when traveling alone. According to “The Traveler” the rate of women visiting India has dropped 30 percent due to attacks on women.

In Istanbul, a 33-year-old American woman was found dead while she was on a trip to photograph the city. According to the New York Times, she was walking alone on crowded streets and when a man supposedly tried to kiss her, she resisted him and he kidnapped and killed her.

Senior Erica Aldenese said, “It is sad that women must always be so worried about their safety, but in the end it is better to take precautions than put yourself in a situation where you could be assaulted or killed.”