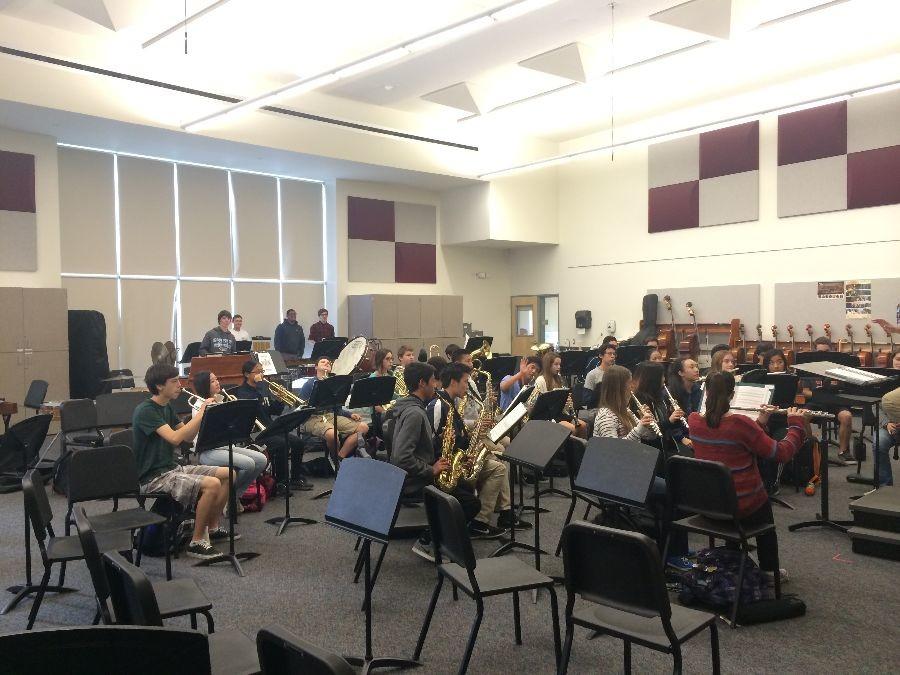 John DaBaldo is head of the instrumental music program at Carlmont High School. He has taught at the school for eight years, but not many people know that he had a music career long before.

His inspiration however wasn’t just in the experience of playing the instrument, or even because of his older brother. His inspiration lay in his private teacher.

“I had a really inspirational private music teacher that was provided to me through the school I went to,” he said, “he really shared his love for music with me.”

DaBaldo continued to study music throughout school, where he ultimately majored in music education and violin in college. Throughout his college experience DaBaldo played in various symphonies including the Charleston Symphony and West Virginia Symphony.

“I got to play with some real legends including Ray Charles and Ella Fitzgerald,” he said, “It was a great experience.”

DaBaldo has taught in the Redwood Shores and Belmont school districts for a total of 31 years. Throughout that time he has touched the lives of students, and even teachers, all over.

“I’ve learned so much from Mr.DaBaldo on an administrative end of being a music teacher,” said fellow band teacher Levine Smart, “I like working with him, we really work as a team.”

Band student Monee Mcgrady has been taught by DaBaldo for all four years of her high school career. “He made it easy for me to stay in band,” she said, “He makes it fun and we always play cool music.”

Mr.DaBaldo hopes to inspire students in music just like he was. “I love teaching.” He said, “Music is so uplifting so if you can share that with someone it’s really a great thing.”