Mysterious caution tape outside of A-14 raises questions 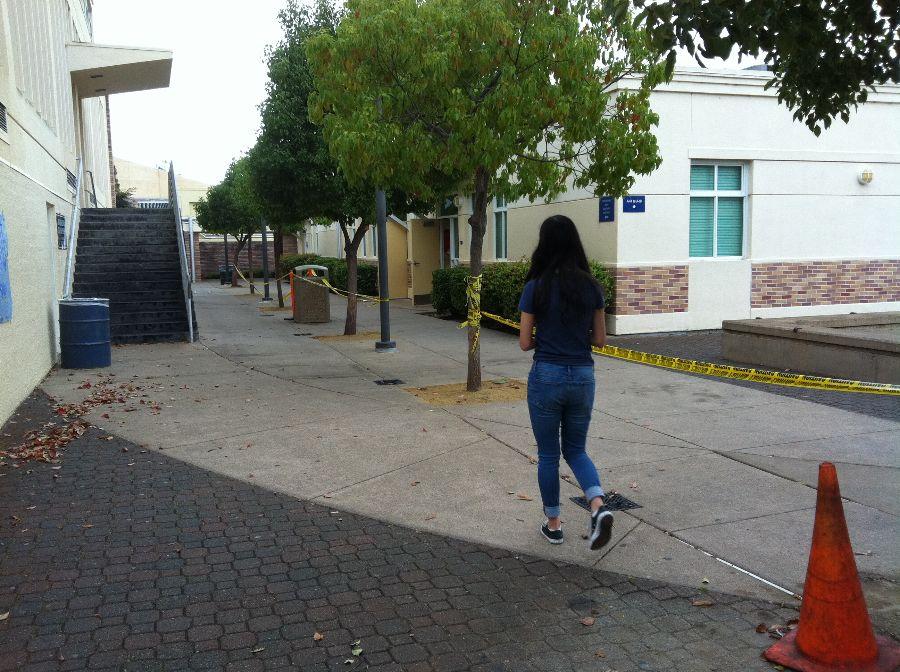 Sophomore Ashley Wen walks out of her way around the caution tape.

A couple of weeks ago, the walkway outside of A-14 was suddenly fenced off with caution tape – but not many students or faculty know why. Some Carlmont students and faculty have voiced their complaints of the inconvenience that the caution tape has caused throughout the past few weeks.

“It bothers me because I had to start walking around it. No one knows why it’s there and no one will tell us,” said sophomore Adrienne Chin.

The reason for the sudden renovation to the pavement was unknown to most, raising doubt towards the efficiency of Carlmont’s communication with the students and faculty.

Sophomore Annabelle Lee said, “I don’t think Carlmont’s form of communication is very efficient if no one knows the purpose of the caution tape. I think it seems as though the caution tape isn’t of much importance if we weren’t told the reason of it being there.”

When asked about the reasoning behind the caution tape , Instructional Vice Principal Ralph Crame said, “We noticed that because the roots of the trees are pushing against and breaking the pavement, the area became a tripping hazard.”

Recently, Carlmont hired workers to cut down the roots and fix the pavement.

In response to the multiple complaints about the caution tape Crame said, “I’d rather have the students be safe than possibly hurt themselves by tripping.”

“I think it’s reasonable because it’s for safety but I think the students and teachers should have been told why even though it’s not a huge deal,” said Chin.

The caution tape will be removed in approximately two weeks, after the problem is fixed, according to Crame.

Besides minor renovations of the campus like situation at hand, Carlmont is planning on constructing  new buildings and classrooms in the near future.

“We are always looking to improve,” said Crame.