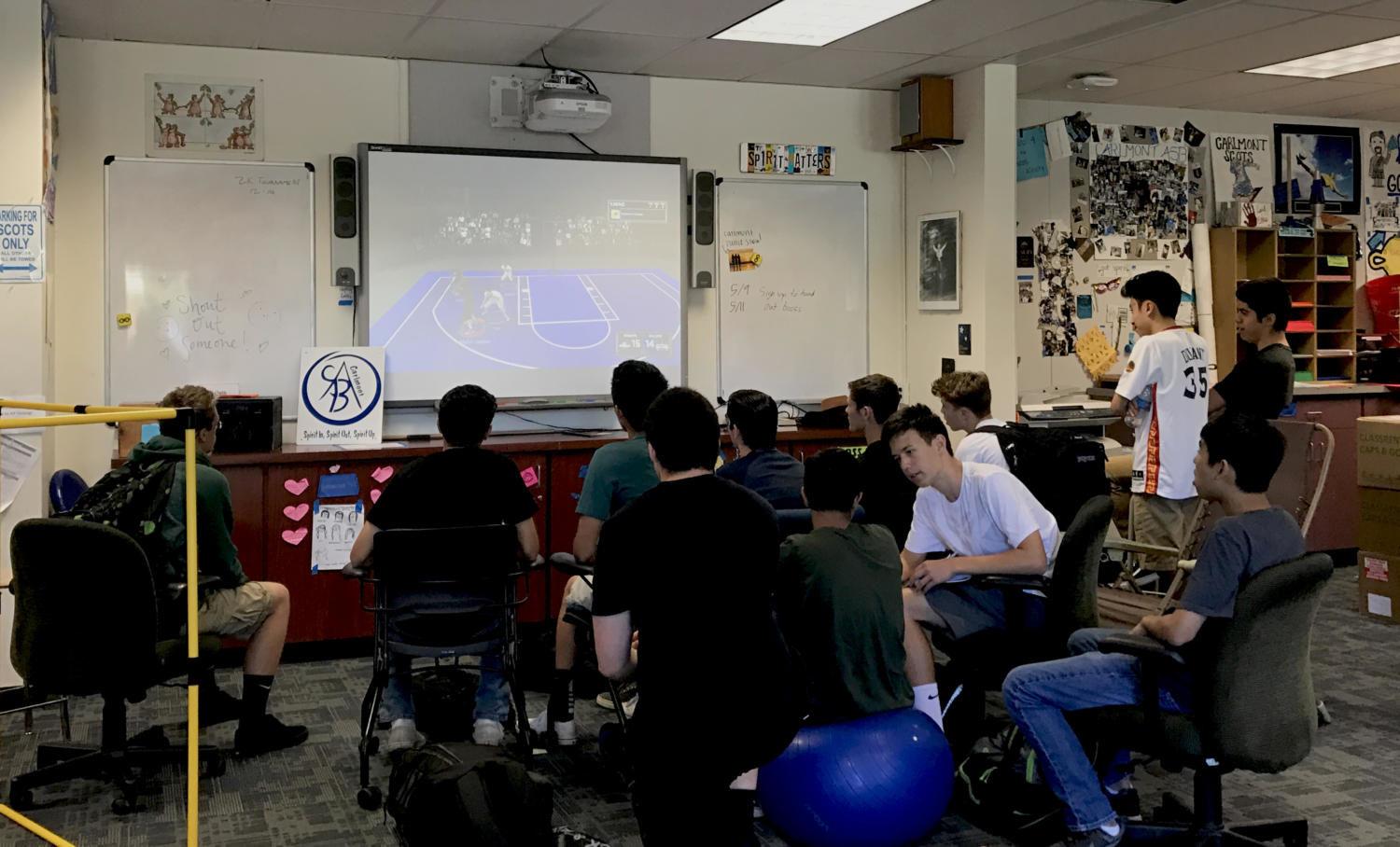 Student competitors and observers gather in the ASB room to watch a NBA 2k17 match.

Don’t want to play basketball in these record-breaking temperatures? Carlmont’s NBA 2k17 Tournament is here to keep you occupied.

NBA 2k17, a video game by Visual Concepts Entertainment, has been attracting basketball fans from around the globe as they get the opportunity to compete as their favorite players for an NBA title.

Carlmont’s ASB has realized this love for the successful game and is hosting an NBA 2k17 Tournament from May 2 to May 5. Hopes are that the tournament will gather fans to compete together and connect because of their love for the game.

“With this hot weather, it is the perfect time to begin this gaming tournament, as it is keeping students distracted by the stress of school and out of the heat during lunch,” said sophomore and ASB member Nicole Turk.

This isn’t the first time tournaments have been held for NBA 2k17. In fact, there have been multiple online competitions by professional players which emphasize how competitive the game can get.

“I’ve been playing for about 7 months now. I love it because you can experience how NBA players make a living and compete as a team for a title,” said sophomore Harry De Voy, who has been actively playing NBA 2k17 in his free time.

The prize for winning this tournament has not yet been announced to competitors, as ASB wants students to play for the fun of playing rather than a prize.

“I recently lost and am sadly out of the tournament so soon, but it was fun while it lasted. Some of the students playing are genuinely talented at the game and show that video games can be more than just a hobby,” said sophomore Tyler Rachel.

ASB’s goal for this event is to ensure that student gamers know that their talents are appreciated in the Carlmont community.

“Some students take gaming extremely seriously, or some may not be very interested in school athletics. This tournament is attracting a different crowd, showing the opportunities Carlmont has for all students with different interests,” said Turk.