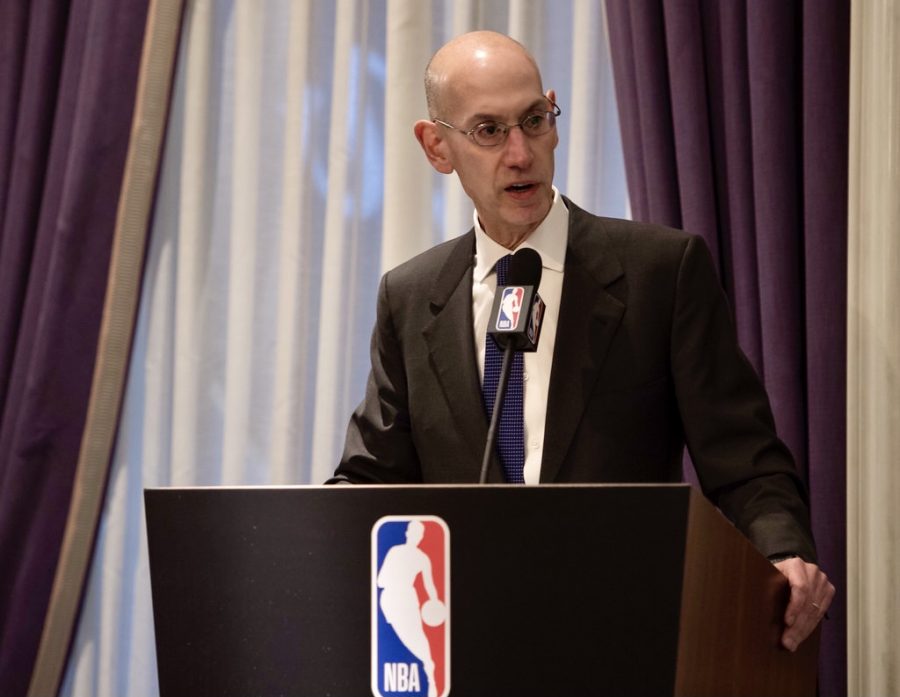 Adam Silver, the NBA’s commissioner, gives a speech to the NBA’s board of governors.

The NBA has opted to have a short tournament at the end of the regular season to determine the final four teams in the 2021 playoffs. The NBA’s board of governors elected to call it a play-in tournament, and it will be a unique event.

“Two teams from each conference will be the seventh and eighth seed [and make the playoffs], but not necessarily the teams with the [seventh and eighth] best records,” said Shawn Batnagar, a sophomore and Washington Wizards fan.

Usually, the first through eighth seeded teams will automatically get a spot in the playoffs. This year, only the first through sixth will be guaranteed a playoff position. The seventh through tenth seeds will play a small tournament to decide who gets a playoff spot.

The motivations for the creation of the tournament vary. Due to the COVID-19 pandemic, the NBA regular season had a late start and was shortened by 10 games. Some think the tournament is to compensate for the shortened season, but others see it as just another way to make more money.

“The NBA knows more games equals more money, and obviously, the tournament will be nationally broadcasted, so I would say it’s more of an attempt for money,” said Mahan Ghazizadeh, a sophomore and Golden State Warriors fan.

Mixed opinions have emerged from the news of the tournament. Players around the NBA have criticized the tournament by saying it is a waste.

“You play 72 games to get into the playoffs, and then maybe lose two games in a row, and you’re out of the playoffs,” said Luka Doncic, a guard for the Dallas Mavericks in a postgame interview. “I don’t see the point of that.”

However, Draymond Green, a forward for the Warriors, seemed unmotivated by the idea of participating in the play-in tournament.

“I don’t go into these games thinking [about how] we’re right on the fringe, and we need to win these games for a play-in spot,” Green said in a postgame interview. “I [just] want to win every game I play, and I hate losing.”

On the flip side, fans see it as a way for their favorite teams to get a shot at the playoffs without being the first through eighth seed. Factors like injuries and the NBA’s new health and safety protocols can affect a team’s success throughout the regular season. The tournament allows them to make up for their losses throughout the season.

“I like it because if the Warriors are the ninth seed, they have a chance of making the playoffs, and that would be super cool, especially after Steph [Curry’s] crazy season,” Ghazizadeh said.

As the season comes to a close, spectators, coaches, players, and more will find out how the play-in tournament will turn out. Whether the NBA chooses to keep the tournament or not, the experience will be like no other.