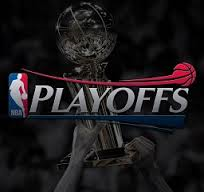 When it comes to playoffs, it's too tough to decide.

The 2014-15 professional basketball season is coming to an end, which starts the always exciting postseason. Well, for the West Coast at least.

The West is filled with many talented and competitive teams compared to the East with two actual contenders: Atlanta Hawks and the Cleveland Cavaliers, three if you count the Chicago Bulls (only if they have a healthy Derrick Rose).

One thing I would like to see changed that will probably never happen in the NBA’s playoffs system is to have the best sixteen teams advance rather than eight from each conference.

It isn’t fair to see teams like the Phoenix Suns (39-39) or the Oklahoma City Thunder (42-36) fighting for playoff spots with decent records when there are teams in the East like the Milwaukee Bucks (38-39) who are in a comfortable 6th seed, but have a below 500 record.

With that being said, the East is easy to predict. The Cavs will advance to the finals no doubt in my mind. Although the Hawks play some really good team basketball, they don’t have a superstar like Lebron James who will be vital in the playoffs in clutch moments.

In the West, the teams are so competitive it’s hard to predict who is going to advance to the finals just yet.

The Golden State Warriors (63-15), who have the best record in the NBA and clinching home court advantage, would be the obvious choice.

Their depth will pay off greatly in the playoffs, which will propel them to go far. Everyone contributes on their team. Although superstar Stephen Curry is the main guy, many players on the Warriors will have big moments in the playoffs.

With that being said, the rest of the West is up for grabs.

The Houston Rockets have a solid chance as well. James Harden is having a solid season, but another big key for their success is how well Dwight Howard does. If he’s dominating in the paint with Harden on the perimeter, they will be tough to beat.

The most entertaining first round series to watch will be the Los Angeles Clippers at the 3rd seed and the San Antonio Spurs at the 6th seed. They both are very similar have good bigs and a good point guard. Disregard the Spurs’ season record, they come to play in the playoffs.