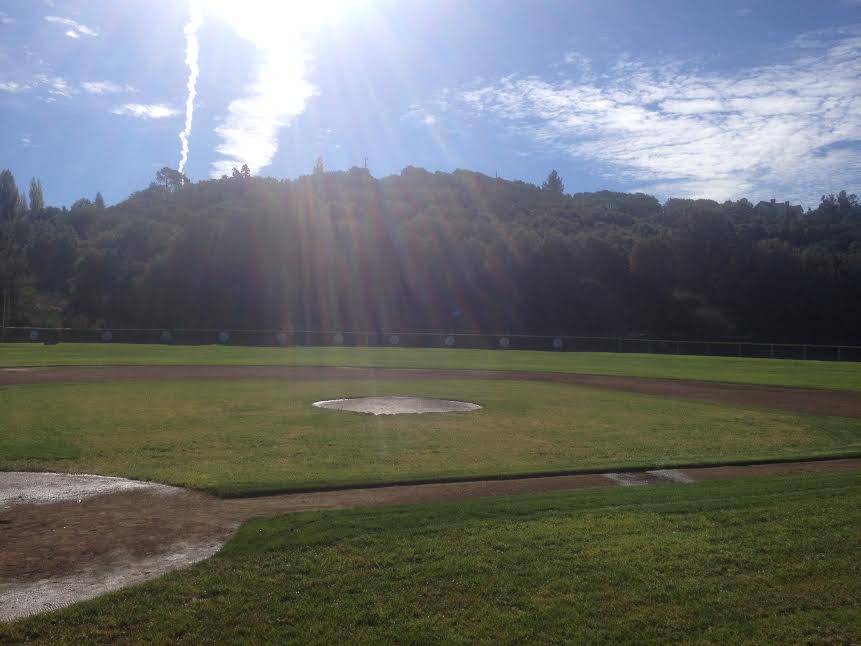 The sun shines down on the baseball field.

Over these past couple of months, the baseball and softball fields are being revamped for this upcoming season.

The baseball and softball field received new dirt for the infield and new grass for the outfield. With the fields being fixed, there will be less bad hops of the ball for the infielders to receive.

“The hops have been getting worse throughout the years,” said senior Aaron Albaum.

Even with the bad hops, both the softball and baseball teams have had tremendous success these past couple of years. It is fitting that both teams finally had their fields remodeled.

“We knew it was coming, but we didn’t know when it was going to happen. It took them so long to do anything about it,” said Albaum.

This has been one of the many changes to the baseball field. Ever since head baseball coach Richard Vallero took over, the field has changed dramatically.

“We didn’t have a fence at one point. The ball would just keeping rolling up the hill,” said senior Nick Thompson.

Even with the changes to the fields, players still remain optimistic about fans coming to the games.

“If they put in new stands, I think a lot more people would come to watch our games,” said Albaum.

Other Carlmont students have a different point of view.

“I still don’t think they will come to our games. People will see that the field looks nice, but they still wont come and watch us play,” said junior Kelsey Ching.

Even though there are many benefits to remodeling the fields, it still creates an issue.

Winter sports are now starting and usually soccer uses the softball and baseball fields for tryouts. Because of the remodeling, soccer will have to hold tryouts elsewhere.

“We really haven’t had this issue before. I’m sure it will all work out,” said Ching.

Field space will not be an issue for long now that football season is almost over.

“Once football season is over, we wont have to worry about field space as much,” said Ching.

The baseball and softball teams are anticipating a great season.