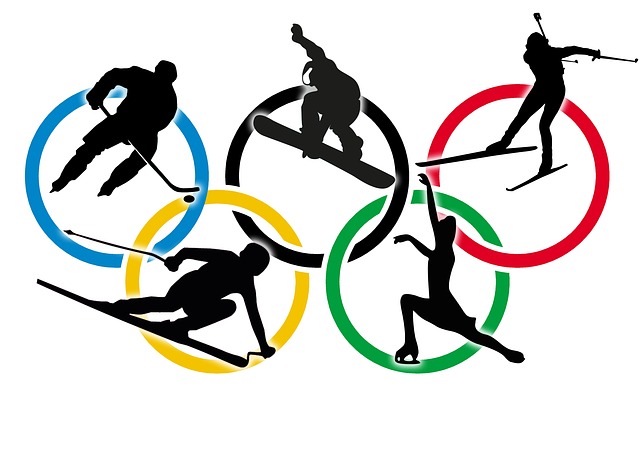 Slopestyle and team figure skating, introduced to the 2014 Winter Olympics for the first time, have already gained fans at Carlmont.

The International Olympic Committee (IOC) added the events to “provide a newer, fresher and youthful flare to the games.” Some, such as snowboard slopestyle, also are very similar to events in the X-Games.

In the four days since the Sochi Games began, team figure skating and snowboard slopestyle have already become popular with Carlmont students.

Alyssa Nowell said, “I think [slopestyle’s] really interesting to watch and it seems a lot more technical than some other events.”

In slopestyle, snowboarders travel down a slope marked with features such as rails, quarterpipes, and three progressively-higher jumps. They also perform aerial tricks such as the backside triple cork 1440, which includes three flips and four full revolutions.

Judging is based upon “overall impression” of the run, including the sequence of tricks, difficulty of routine, and how the rider chooses to use the course.

“It puts in the tricks that you see with skateboarding but on snow,” said Nowell. “And the jumps are always entertaining to watch.”

“It feels awesome. I don’t know what to call it,” said Kotsenburg. “This is the craziest thing that ever happened.”

Staale Sandbech of Norway took silver with a score of 91.75, and Mark McMorris of Canada received bronze after scoring 88.75.

Kotsenburg landed a 1620 Japan Grab on his final jump, which involves spinning four and a half times in the air while contorting back to grab the snowboard. He also used an original grab of his board, which he called the “Holy Crail.”

“I had never, ever tried that trick before in my life,” Kotsenburg told the New York TImes.

“I had no idea I was even going to do a 1620 in my run until three minutes before I dropped. It’s kind of what I’m all about,” he later told ABC News.

The United States completed their sweep of the event the next day as Jamie Anderson won gold in the final of women’s snowboard slopestyle.

“I was so incredibly happy; I was freaking out,” said Nowell of the slopestyle victories. “Just the way that we won first place is awesome. Not only was [Kotsenburg] chewing gum the whole time but [he won with] a trick that he had never tried before.”

The other event that has stolen hearts and turned heads is team figure skating.

Each qualifying country chooses two teams of two skaters for pair skating and ice dancing, and one male and one female skater for individual runs. The event also has two parts: the short program and the free skate.

After each competition the highest scoring skater from each group gets 10 points, the second-highest gets nine points, and so on. Once the men, women, pairs, and ice dancers have all skated the scores are tallied. The team with the highest complied score wins.

Nowell said, “I think it’s a very interesting event to watch because it really brings together team USA. It kind of creates more of a team feel.”

However, the team set-up also leads to pressure on the athletes.

Former skater and current coach Paul Wylie told National Public Radio (NPR), “You know that whether you land the quad triple or do a quad double…it could be other people’s gold medal that you’re throwing away. In fact, I think they might feel a sense of responsibility that pushes them harder.”

When the event closed on Feb. 9, the Russian team won gold with 75 points, Canada took silver with 65 points, and the United States came in third with bronze at 60 points.

Although two of the new Winter Games events have now passed, they have left an exciting legacy and found success among Carlmont students.