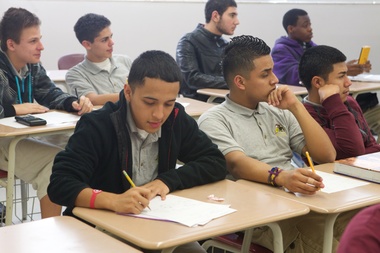 US Department of Education/CC BY 2.0

At 22 percent, the number of English language learners in California is over double the national average of 9 percent, making Proposition 58 especially important to Californian voters.

California voters have the opportunity to make a big decision regarding the education of thousands of students across the state.

Proposition 58, which will be on the statewide ballot on Nov. 8, overturns a prior proposition which limited bilingual education programs, requiring a parent signature for a student to remain in such classes.

The new proposition will allow certain subjects to be taught in whichever language is most suitable for English language learners.

According to the California Department of Education, 22 percent of students in the state are English language learners – nearly one out of every four students enrolled.

The law aims to assist these students in getting the best possible education by allowing them to learn in the language that is most conducive to their understanding of a subject. 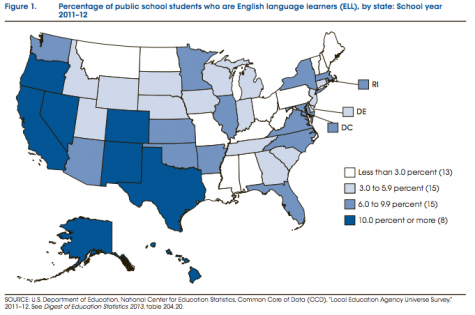 Ricardo Lara, a member of the California State Senate, is a strong supporter of the law and the progress it hopes to achieve.

“Californians know and value and understand the importance of having their students be multilingual, bilingual and multiliterate. And so we’re removing those barriers and ensuring that we…continue to have those dynamic programs in the state,” said Lara.

In an interview with Fox News Latino, Cheryl Ortega, teaching director of bilingual education for the United Teachers Los Angeles union, said, “If students start learning material in their own language, they capture it more rapidly than if taught in words they don’t understand.”

Though the bill may seem to be beneficial, opposition still exists. Since the law states that parents would not need to sign a waiver to transfer their child into a special class, some opponents are scared that students could be transferred without a parent’s consent.

Also, every school would be mandated to offer such classes, changing the structure of classes and departments.

Michelle Tenin, a Carlmont junior whose first language is Russian, said, “I think this law is going to be beneficial because, as someone who grew up only speaking Russian, I understand how hard it is to learn another language.”