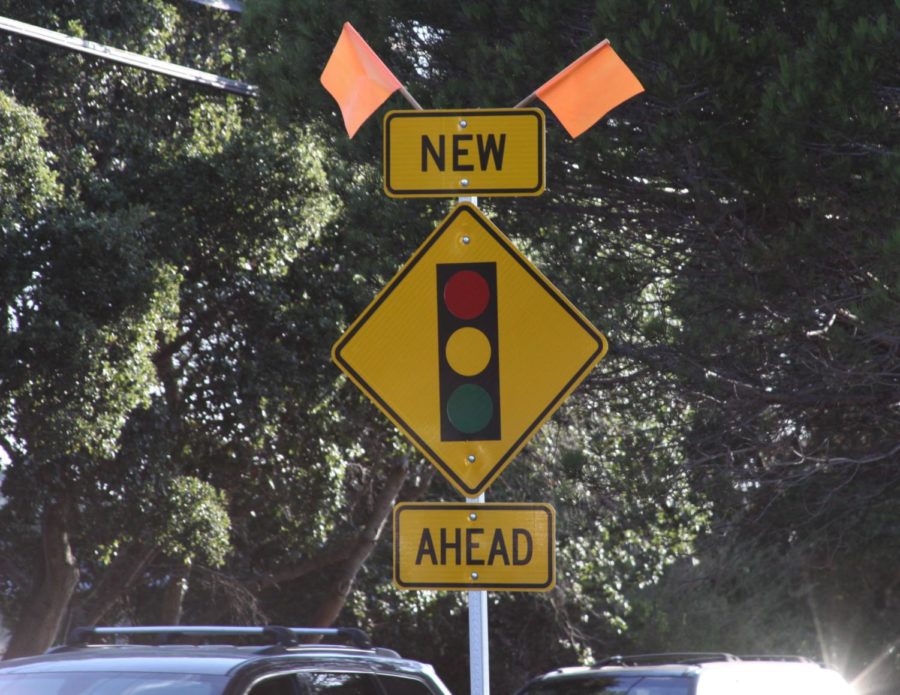 Belmont residents are still trying to get used to a new traffic signal on Ralston Avenue, which finished construction in August.

A new traffic signal on Ralston Avenue seeks to regulate traffic safely and efficiently. However, for many Carlmont students, it is more of a hindrance than a help in their daily commute to school.

According to several students who drive to school, traffic congestion has spiked on Ralston.

“The change in the traffic patterns has heavily increased traffic, letting even fewer people get through per green light. It’s made my commutes to school, swim practice, and friends’ houses dramatically longer,” said Jade Margolis, a Carlmont alumni who graduated in June.

Likewise, such congestion has lead to long delays.

“I was waiting, ready to turn onto Ralston at the light for a good seven minutes,” said Ava Brückner-Kockel, a senior. “It made me so upset. I was like, ‘okay, this isn’t working.’”

The new stoplight was installed in August in front of Ralston Middle School. It features a new flashing yellow left-turn signal for cars turning into the school, as well as signals that control the traffic of the entire street.

According to a study by the National Cooperative Highway Research Program, the “indication helps to prevent crashes, increases intersection capacity, and provides additional traffic management flexibility for road agencies.”

While some Carlmont students recognize the potential benefits of the light, the increased congestion on Ralston poses a problem to them.

“It will help to get Ralston Middle School kids to school on time, but on the negative side, it could add more minutes to a person’s commute,” said Allison Hauf, a junior.

Sawyer Kupbens, a junior, agrees with Hauf, noting that the light both helps and hinders traffic.

“The light helps the people that have to turn left into Ralston,” Kupbens said, “but it stops traffic on the other side of the street. So I think it is a trade-off.”

The stoplight was installed as part of Belmont’s Ralston Avenue Corridor Project, which was approved in 2014. Other projects that are a part of this undertaking are ramp and sidewalk improvements, a bike path through Twin Pines Park, and the planting of new trees.

“The light hasn’t really gotten in the way or made anything harder, it’s just the getting used to it that’s a bit confusing; otherwise it’s all good,” said Jacey Kelly, a junior who commutes from Half Moon Bay.

The long-term benefits of the new signal are still unclear, and whether or not it will truly help create a safer and more effective intersection remains up in the air. However, despite mixed feedback from commuters, it looks like the light is here to stay.