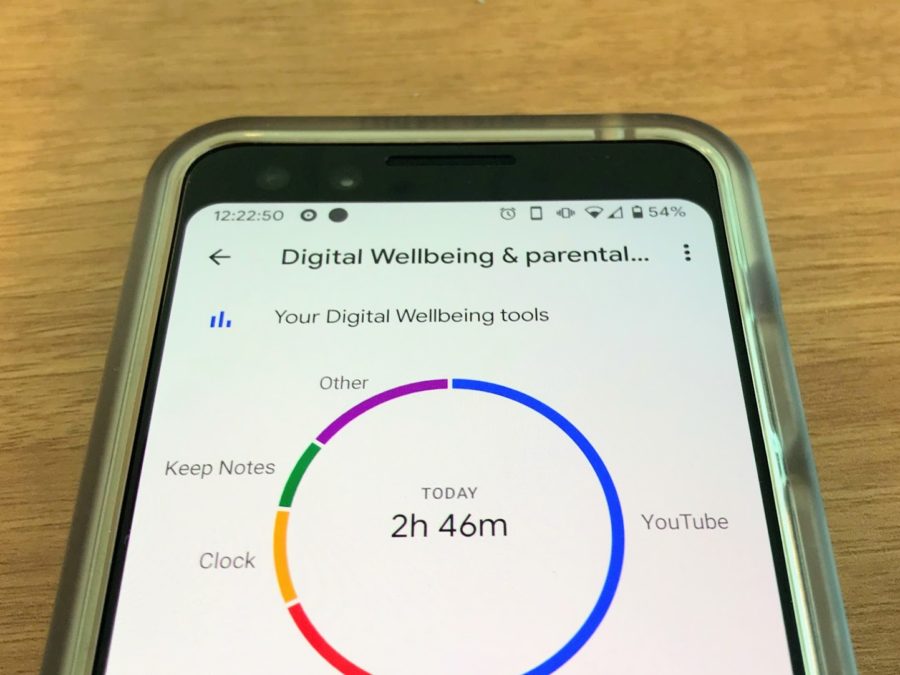 In a study conducted by the Poland Medical University, one in every four children is addicted to the internet, according to PsychGuides, an resource from American Addiction Centers.

Google’s Digital Wellbeing suite and Apple’s Screen Time are tools that allow users to limit app usage, track time spent on a device, and set downtime to cut down on phone usage.

Since the inception of these companies, they have had incentives to make money by keeping users on their apps. According to the New York Times, Apple has removed or restricted access to screen-time apps on the App Store. This allows many children to have unrestricted access to an unlimited number of apps.

Nevertheless, the move toward a better societal relationship with technology reveals good intentions within Apple and Google. Both companies continue to empower people with new mobile devices and are trying to curb the growing societal problem of internet and phone addiction

“What we advocate for at Google is finding a balance with technology that works and feels right for you,” said Rony Patel, a UX researcher working on Google’s Digital Wellbeing effort. “From a business perspective, it makes sense to invest; we think about sustainable growth.”

However, a significant issue plaguing these projects is that Google and Apple do not actively promote them. Despite being directly installed on devices, little has been done to promote these wellness tools to users.

“I am not familiar with what Screen Time is,” said Jacob Jotshalk, a junior not using digital wellness tools. “I did not know about those tools.”

Others have decided that the benefits of the apps outweigh the consequences of internet addiction.

“Apps provide good resources and information but they’re often distracting and drain time,” said Alexander Simpson, a junior. “I think the distraction is worth it when weighed against all the benefits of the technology.”

Even though there are dedicated teams at Apple and Google working against mobile phone addiction, the issue still troubles society today. Their efforts have not been effective. Some believe that these technology companies’ efforts may only be superficial, as they may be benefiting off of the issue themselves.

“A simple, little app is not good enough to stop an entire widespread disease,” Jotshalk said. “I do not think Apple and Google will fix the large scale addiction they caused.”