‘Nightcrawler’ takes the thrill out of thriller 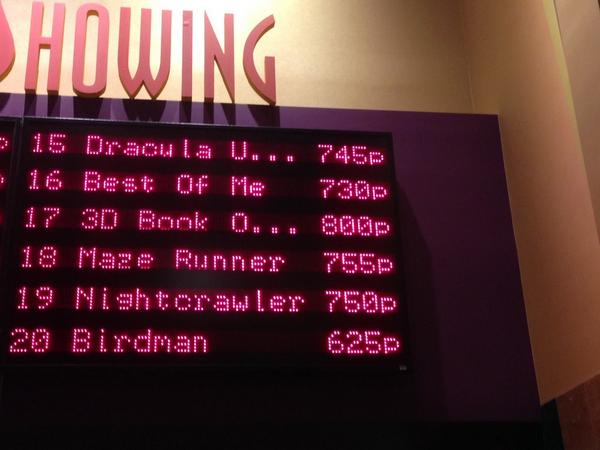 Dan Gilroy’s “Nightcrawler” is a thriller that will lead the audience on for a big climax before disappointing them when they get there.

“Nightcrawler” sheds a new light on the news film industry.

Jake Gyllenhaal plays Lou Bloom, a young man trying to find a career. Bloom steels to make a living until he comes across a car crash on the freeway and talks to a man who sells his videos to news channels.

Bloom decides to get a camera and film crashes and crime scenes.

This leads Bloom to film a major crime before the police even arrive to the scene. Selling the video to the news puts him on a dangerous path involving both police and criminals.

Gyllenhaal keeps the audience interested and constantly on edge. Gyllenhaal makes the audience believe that he is truly a creepy guy who will do whatever his necessary to get to the top.

Though Gyllenhaal had a great performance, he could not save the slow story.

“Nightcrawler” dragged viewers along for 100 minutes and let them down in the last 17.

Gilroy’s story is too slow and does not finish with a bang.

The film spent too much time on the exposition before the true action and thrill began.

At this point, the audience is bored, and the climax is not strong enough to make up for the slow beginning.

Compared to “Bourne Legacy,” “Real Steel,” and “Two for the Money,” “Nightcrawler” was most likely Gilroy’s slowest film to date.

I would not truly consider this movie a thriller due to the fact that it does not give viewers the intense feelings of anticipation and shock that cost them $15. I do not believe it is worth the money to watch “Nightcrawler” in theaters.