No need to feel lonely with ‘All My Friends – EP’ 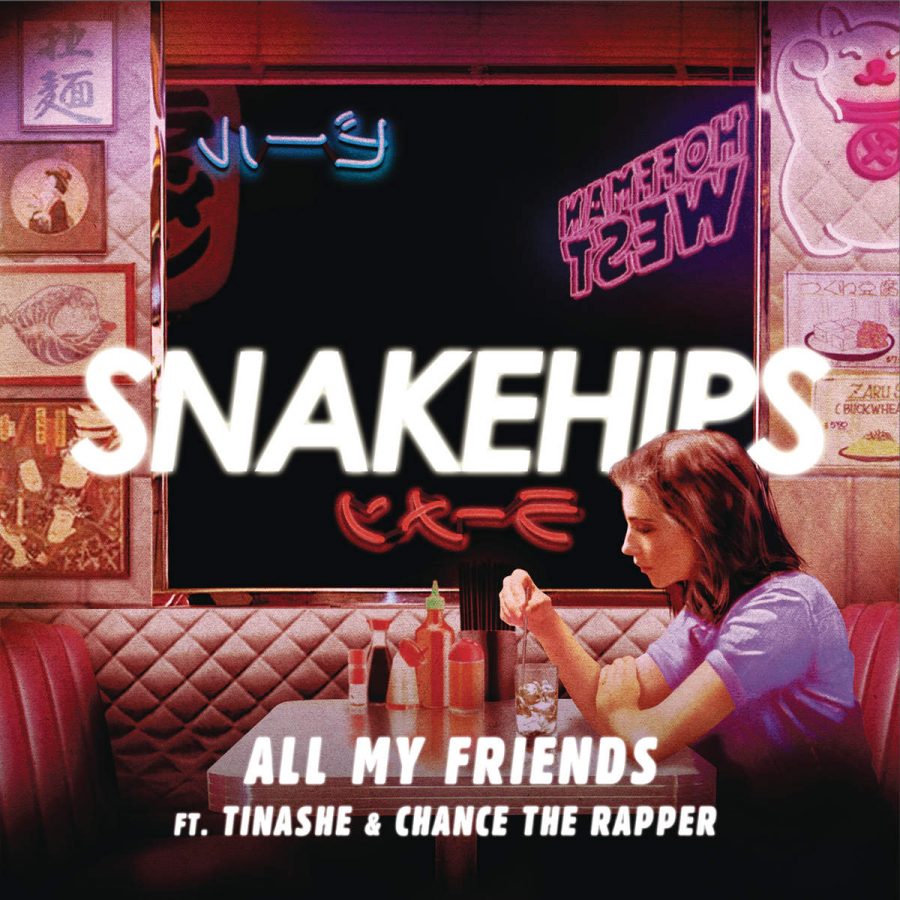 Carter told Teen Vogue, “We just wanted to put out a couple of tracks, just now before the summer, and then we’re working on loads and loads of stuff."

From a bar in Hong Kong to Coachella in the span of a few years: that huge jump must be impossible.

Not for the band Snakehips, who got to and will perform in the 2016 Coachella Valley Music and Arts Festival on April 15 and 22.

Snakehips is a British dance/R&B duo consisting of Oliver Lee and James Carter. The formation of this group is not your regular childhood-friend-becoming-your-music-partner story: Lee and Carter met in Hong Kong in 2012 and later, by coincidence, in an airplane on the way to London.

This single is known as “All My Friends,” featuring Tinashe and Chance the Rapper. It is single-handedly their most famous and most played song, as it has peaked at number 5 in the U.K. charts and reached over 120 million plays on Spotify.

As my personal favorite by them, this song not only has great rhythm and beat to it, but it also has a different perspective to what a party can really be like, making it more relatable to the youth.

They lyrics go, “All my friends are wasted. And I hate this club. Man, I drink too much. Another Friday night I wasted. My eyes are black and red. I’m crawling back to you babe.”

Party songs usually go something like, “Yay, let’s drink until we can never wake up again! But it’s okay because we’ll have fun.” But this song, “All My Friends,” focuses more on the part people usually tend to forget, which is the “getting wasted” part, the “forgetting the whole thing by the next day” part, etc.

The music video paints the typical ideas of bad things that happen at a club: the mean bodyguard, the nail-scratching fights, the drunk person who can’t seem to differentiate two versus 10, the random person in the corner vomiting, you get the idea.

However, in my opinion, one of the most important messages this song delivers is teens’ constant need to fit in, to follow what their friends are doing because it is considered cool. In reality, they are not enjoying it at all. At the end of the day, a person does not need to prove to other people — who have the title “friends” — that they are “cool” by going to parties they do not like and drinking until they get wasted. Friends won’t make you do something you don’t want to do.

Their second single from this EP is “Money on Me,” featuring Anderson Paak. This song, in my opinion, has an R&B/Soul vibe, even though the EP is labeled as dance; but it is still a good song with good rhythm and a message that does not come straight from the lyrics since it may vary from person to person.

In my opinion, it is about not growing up in a family or community where one gets everything on a silver platter and instead, growing up not having enough money to sustain oneself and putting everything on the line just to get that money.

In the end, these artists are just starting and from what it looks like, they’ll go big, making a lot of friends on the way.