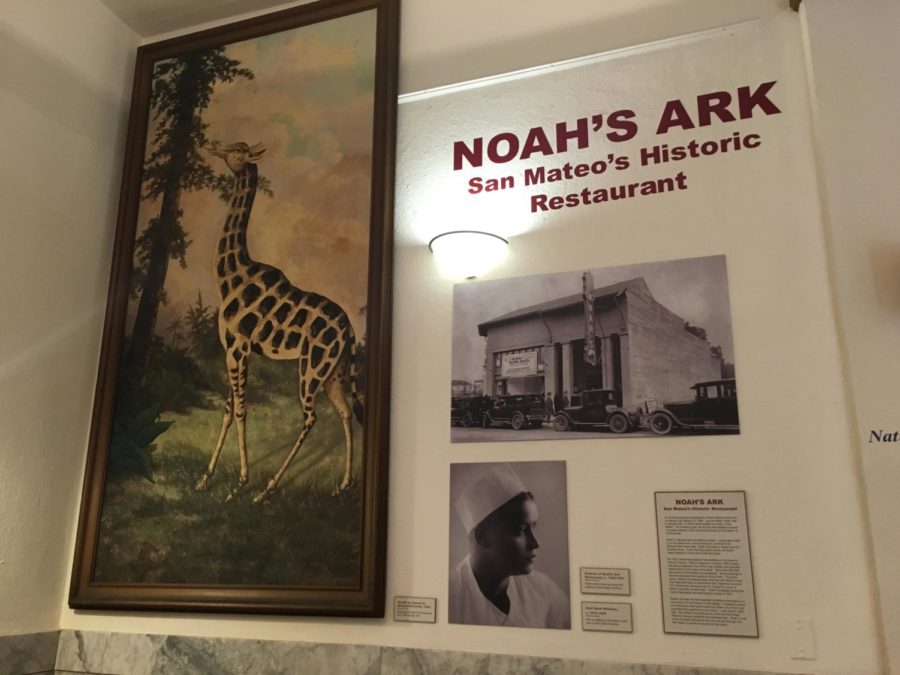 Williams is considered a pioneer in the area’s restaurant culture because he was a black restaurateur at a time when blacks still struggled with discrimination.

Williams got his start as a railway chef and later decided to open a restaurant of his own. He originally opened a cafeteria in San Mateo, but later expanded.

“He first looked at San Francisco but then settled on creating it down in San Mateo,”  Mitch Postel, president of the San Mateo County Historical Association, said. “At first he had a cafeteria on B Street and then, later on, he moved to Third Avenue and opened up Noah’s Ark.”

Noah’s Ark was beloved by people of all races. Diners would come from all over the Bay Area to get a taste of William’s southern cuisine.

“It was the most popular restaurant on the Peninsula during that entire decade,” Postel said. “People who came from San Francisco said that they would line up around the block in order to get a table.”

Even though the restaurant had a black owner, the segregation rules of the era meant that black customers could not eat there during regular hours.

According to La Peninsula magazine, “Even though African Americans worked at Noah’s Ark, they could not patronize the restaurant because their presence might prompt white customers to leave, and the black community in San Mateo was too small for Mr. Williams to maintain his business without whites.”

Williams found a way to welcome black customers by setting hours especially for them.

“To solve this problem, Mr. Williams arranged a special deal. On Mondays, Noah’s would technically be closed, yet it would be informally open to black customers,” said La Peninsula.

The restaurant was also popular because of its lavish decor that reflected the theme of the biblical Noah’s Ark.

“More than $40,000 was spent in furnishings and equipment. Giant paintings of animals decorated the spacious dining halls. The silver, linens, dishes, and glasses were adorned with Noah’s crest,” a plaque featured in the exhibit states.

Due to its location and popularity, Noah’s Ark left a large impact on the community.

The plaque states, “Noah’s Ark was the first important building constructed on a new portion of Third Avenue in San Mateo. It started a period of construction that would make the street one of the most important thoroughfares in the county.”

Despite its success and adoration, Noah’s Ark was forced to close after only eight years of existence.

“The depression of the 1930s really hurt Noah’s,” Postel said.

“We had the collection and it was Black History Month,” Postel said. “We hadn’t shown it since the 1970s, so it was time.”

The exhibits at the Redwood City museum help residents connect with important aspects of the past that are still relevant today.

“It’s important to learn about history because in understanding our past we get a better understanding of the present,” sophomore Caroline Conway said. “Learning about local history gives you a new perspective and appreciation for the community.”