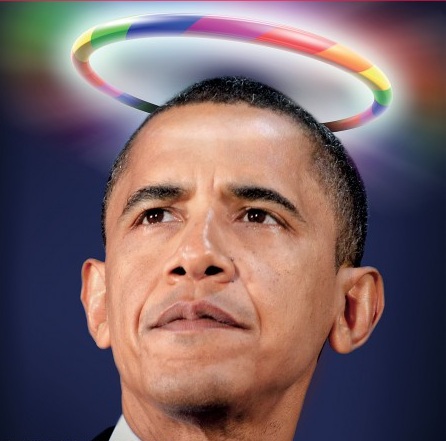 A few years ago, when Obama was first running for president, he mentioned that he felt that the gay community had the right to marry, but did not want to make an official statement about it.

Newsweek Magazine has stated that Obama believes this because when he was younger, he went to a church that was supportive of all ethnicities and sexuality. This goes along with the fact that Obama’s own parents, a white mother and an African father, had a marriage that was discriminated against when he was a child, because it was not orthodox at the time.

Obama has long believed that the gay community has the right to marry, like his parents did because it is a constitutional right involving personal freedom.

Some people believe that Obama made the official statement to support the gay community and finally voice his opinion; while others believe that it was all a tactical way to gain votes for the upcoming election.

“It could hurt his political campaign, and it was probably best not to say anything because it is [so controversial]” stated Taka Wang, a junior at Carlmont.

Many Carlmont students have taken this issue to heart and have begun to discuss it in both academic and personal atmospheres.

One history teacher, Patricia Braunstein, has even assigned her students a debate about this topic.

Julia Albertson, a sophomore in Braunstein’s Western Civilization class, stated that “it was really brave of [Obama] because it could make or break his election.”

Obama’s official statement has made a tremendous difference in the gay community, people now feel as if their humanity has been affirmed and that they are no longer outsiders.

Rachel Burry, a sophomore at Carlmont, said that, “I did not choose to be this way, [and] I know that being gay is against a few religions, which will effect the vote regardless of separation of church and state. But I am really just a person like any other, expect I don’t have the same rights.”

Burry’s statement expresses a thought that most people in the gay community have had, that they do not have the same rights as heterosexual people.

Obama’s statement could change our entire society if he is to be reelected, the of equality for the gay community is in the hands of our nation’s voters and only time will tell if  freedom of marriage is to come to the United States.