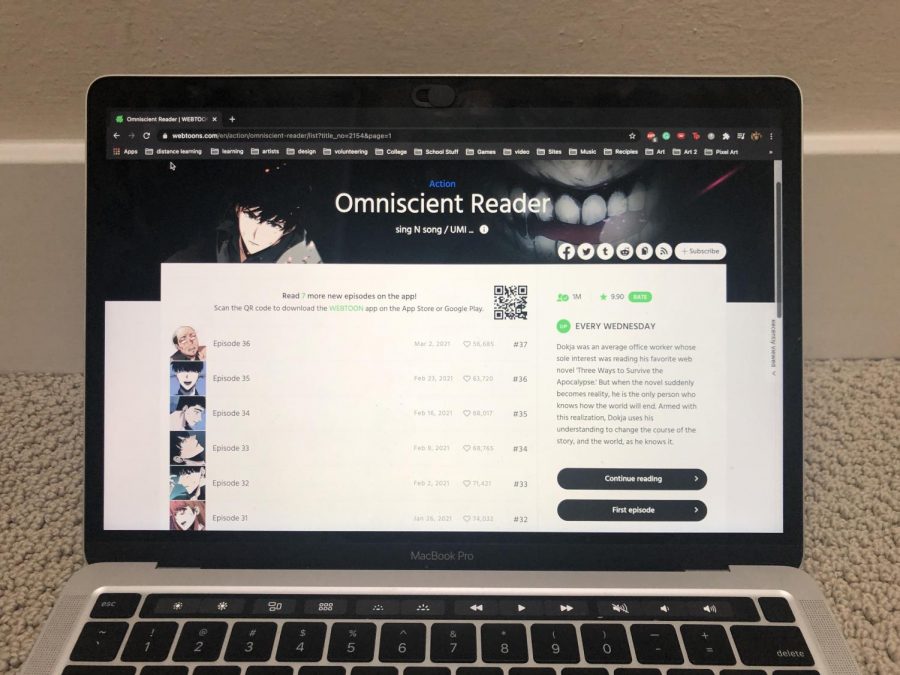 "Omniscient Reader" tells the story of an ordinary businessman whose favorite comic has just come to life; as he grapples with his newfound reality, he tries to figure out how this happened in the first place.

When the world is faced with destruction, only one man knows how it ends—because he is the Omniscient Reader.

“Omniscient Reader” is a fantasy manhwa, or Korean comic, with a thrilling, action-packed plot and interesting characters that will keep the reader hooked with every panel.

The ongoing manhwa “Omniscient Reader” is based on the completed web novel “Omniscient Reader’s Viewpoint” by Sing Shong. Currently, there are 43 official English chapters on LINE Webtoon and 46 Korean chapters on Naver Webtoon. It is rated 8.3/10 on MyAnimeList (MAL) and 4.5 stars on Anime-Planet. This manhwa is produced by Redice Studio and adapted by UMI.

‘Omniscient Reader’ focuses on Kim Dokja, a lonely 28-year-old office worker in Korea who reads web novels as a hobby. On a subway ride home, the web novel Dokja had been reading for the past decade finally comes to an end.  The in-story web novel, “Three Ways to Survive the Apocalypse” (TWSA), ended with over 3,000 chapters, with Dokja as the sole reader of the web novel—which also meant that only he knew how the story would end. Upon finishing the story, the author, tls123, reaches out to Dokja, saying that TWSA would become paid content at 7 pm. Coincidentally, the subway Dokja was riding was attacked at 7 pm. When a dokkaebi, or Korean goblin, gives a quest scenario from TWSA, Dokja realizes that the beloved novel he’s read for the past decade became a reality.

To begin, the plot of “Omniscient Reader” is fantastic. I’ve read a great deal of isekai (science-fiction mangas) and fantasy manhwas, but this might be the most intriguing one I’ve read so far. The world-building is superb—the stats system by which the characters level up and the mini-game scenarios the characters go through are all executed extremely well. The dokkaebis, the mythical horned beings, stream the characters’ scenarios for the constellations. Constellations, the mysterious beings behind this tragedy, watch the dokkaebis’ stream and give characters coins if they entertain them. Characters can use these coins to level up their stats. They can sponsor a character they favor, allowing characters to use their sponsor constellation powers—but Dokja has his own unique ability.

Alongside the world-building, each chapter of “Omniscient Reader” is action-packed and exciting because of the scenarios the characters have to solve. Readers get to watch how Dokja and his companions struggle and grow, facing every difficulty thrown at them headfirst, and it’s extremely thrilling. I especially enjoy these action scenes because the panels are very well-drawn, immersing the readers directly in the action.

The character growth experienced by Dokja and the supporting characters make this manhwa a worthwhile read.  At first, readers see Dokja as a timid businessman, barely scraping his way through life. But as he adapts to his new reality, Dokja displays intelligence and cunningness that was never used in his previous role. Even in the story’s first challenge, Dokja overcomes the scenario with his knowledge of the book, uses his wits, and passes the scenario without killing anyone with his own hands. The dokkaebis also add a comical touch to the manhwa as soon as they appear on the screen.

I highly recommend “Omniscient Reader” to people who enjoy reading stories that are action-packed and with an original plot. This manhwa is similar to “Solo Leveling”; they have similar art styles and stats system. However, there isn’t any romance at the moment, so readers who prefer romance may want to read something else.

All in all, “Omniscient Reader” is a complete 5 stars. It is a manhwa that is thrilling with every scroll, that makes you want to read more. The plot is action-packed and original, and the characters show beautiful development through the hardships they face.

And technically, you are the omniscient reader of any book you read.