One Direction: ‘This Is Us’ touches many hearts 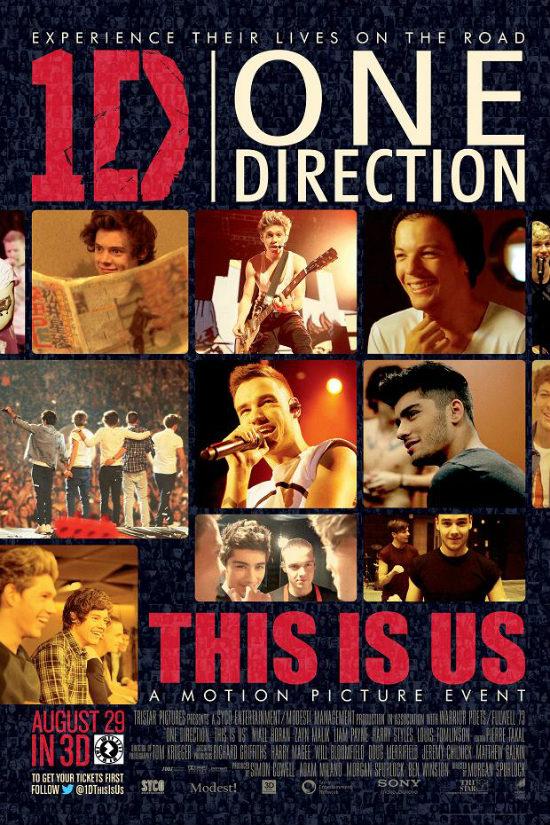 The promoting movie poster for One Direction: "This Is Us."

The heart-warming documentary “This Is Us” caused fans around the world to go crazy for the five British and Irish boys that surround their world.

The band One Direction, consisting of Harry Styles, Liam Payne, Louis Tomlinson, Niall Horan, and Zayn Malik, are one of the largest bands on the planet at the moment.

The documentary did an excellent job of capturing the story of the five humble boys who auditioned as solo artists on The United Kingdom X Factor in 2010. It explores the band’s daily life and how they feel about their massive achievements in the past three years.

When asked about being famous, Harry Styles stated, “There are reasons why I don’t like the word ‘famous,’ because then people use it afterwards and say ‘he used to be famous’ or ‘he’s not famous anymore.’ And it’s just this weird thing because I was a guy before, I was the same guy during, and I was the same guy afterwards but people think they can just label your life. It’s not like ‘oh he was a really nice guy’ or ‘oh he was really funny,’ it just becomes this thing where ‘he’s famous’… I hate it.”

“This Is Us” gives fans an inside look at what happens backstage, and how their idols are just normal people. Many expect them to be typical popstars who have no respect for anything, although the movie proves the exact opposite of what many assume.

Liam Payne of the group stated, “I always wanted a brother, now I’ve got four of them.”

The movie also reveals the fans point of views, and how much their lives revolve around the band. Most fans are shown to be very different from one another, although they all come together to have the same love for One Direction.

The five boys never expected to get so much attention, especially since they came in third on The X Factor.

Simon Cowell, who put them together revealed, “The fans were the ones who made up their minds that this band were going to be huge.”

According to Fandango.com, critics say the movie is “so-so,” while fans say it’s a “must go!”

Junior Jenna Mourad said, “The movie portrayed them very nicely and had interesting aspects to it.”

Senior Chloe Davis also stated, “I thought it was a well made documentary, since there was a good balance between documentary and concert tour footage. Even if someone isn’t a fan of One Direction, I think they should go see it since it’s an all around great movie.”

All in all, “This Is Us” turned out to be an inspirational movie that showed people the real side to the boys of One Direction, and their lives off stage.