OneWorld club strives to make a difference in impoverished countries 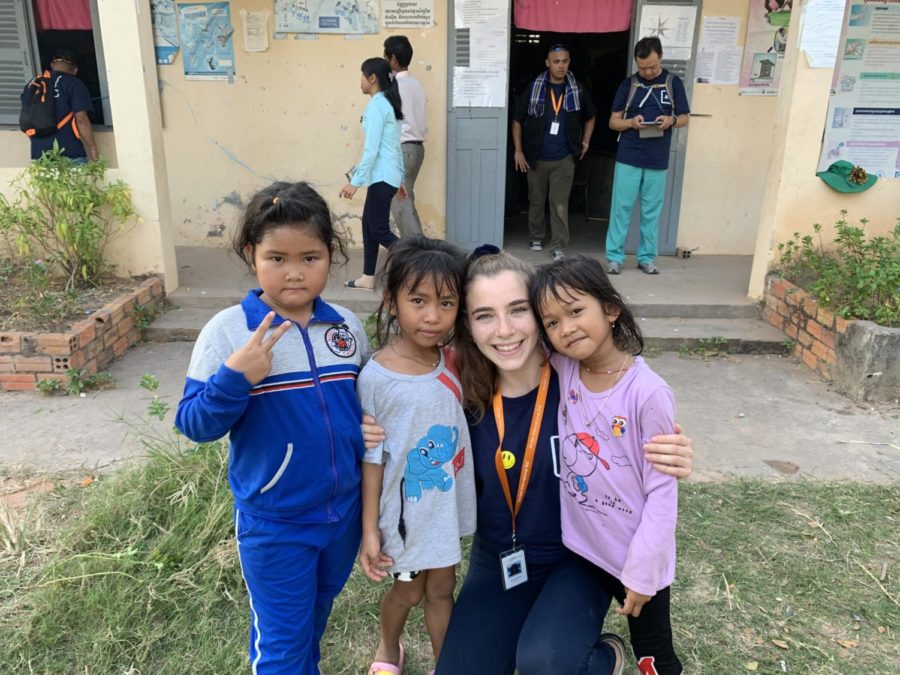 Simone Beilin poses with new friends while on her trip to Cambodia to help those without access to medical treatment.

In 2016, Poverty USA estimated that around 40.6 million people were living in poverty. Of those people, 18% were children.

Simone Beilin, a junior and co-president of the club, decided to help support this cause when she went on a medical trip to see the different villages in Cambodia during the summer.

“We traveled to different villages to provide medical care, and I saw many malnourished children who didn’t have the health supplies, food, water, and other necessities,” Beilin said. “They deserve a better life, and I want to help change that.”

Jenny Xu, a junior and the other co-president of the club, shares a similar point of view as Beilin.

“I’ve spent a lot of time thinking about how fortunate we are in the Bay Area and what a comfortable lifestyle we live. Every child deserves the opportunity to achieve their dreams, which is why this cause matters to me so much,” Xu said.

Beilin and Xu have worked hard to make sure their endeavor will hit the ground running when school starts.

“Overall, starting the club has been a pretty simple process. We’ve run into some small bumps, but we’re excited to get it up and running,”  Xu said.

Along with the students, their club adviser, Addison Gaitan, also connects personally with this cause.

“When the current club presidents approached me and asked me to be their club advisor, I was excited because the goals of the club align with my background. I helped start a non-profit to provide microloans to women in rural Guatemala when I was in high school. As an adult, I’ve volunteered as an interpreter in hospitals in Nicaragua,” Gaitan said.

Both the club administrators and members are trying to promote this club around the school.

“I hope to spread the word about the club through friends and classmates. I also want to help make posters and flyers about different events planned so that people know what’s going on,” said Naya Salah, a junior and a club member. “I know Simone and Jenny genuinely want to make a difference and raise awareness about what’s happening in third-world countries. I’m super excited to be apart of the club!”

Club member Alex Moriarty admits that although balancing school and extracurriculars will be tough, he believes that the members’ passion can help the club achieve its goals.

“Getting the word out and finding other members to partake in the cause requires a lot of time and patience, which is difficult when everyone is already preoccupied with academics and other extracurriculars. Being able to balance school and publication of the club will be a major challenge,” Moriarty said. “But I know my two friends are passionate about the matter and are beyond capable of making their efforts successful.”

As of right now, the club has roughly 30 members. They plan to gain more members during the club fair.

“I hope I can motivate members to care as much about the club as Simone and I do. I hope that by seeing our members taking action, people will be inspired to do the same,” Xu said.