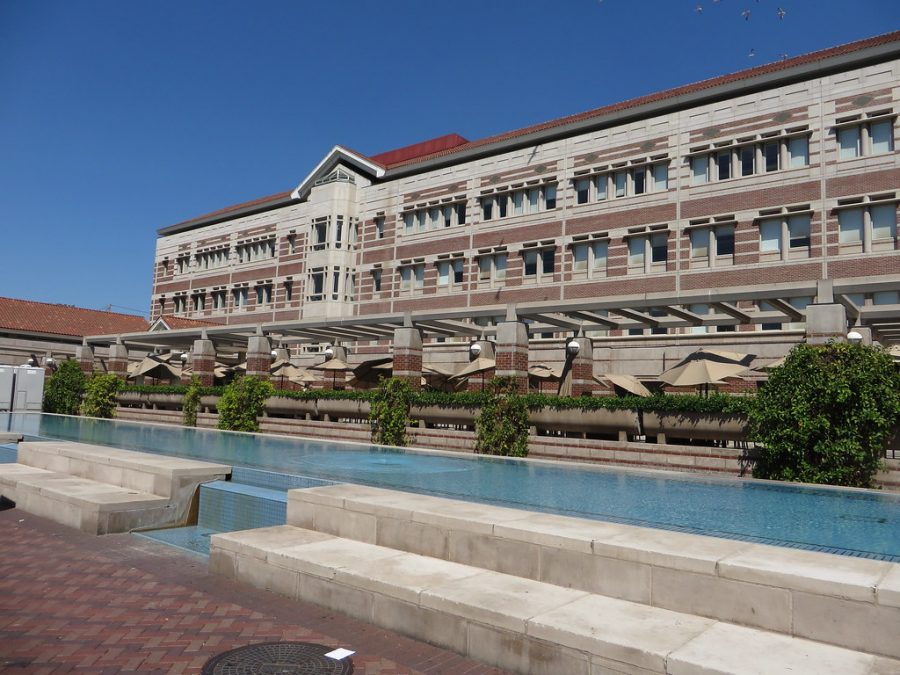 Prosecutors allege that Olivia Giannulli faked her profile to be accepted into the University of Southern California.

The three advantages the Giannulli family has over most.

“Only the ones fortunate enough to cover their footsteps with money, which tend to be mostly Caucasian people, happen to live better lives,” said Nargiz Mammadli, a sophomore.

According to ABC7News, a tip from a Los Angeles man exposed the college admissions scandal last year.

The identities of those involved in the scandal were revealed, including actress Lori Loughlin, who paid to place her daughters at the University of Southern California (USC). Before it made the news, her daughters had already moved into their dorms and were attending the university full-time.

One of Loughlin’s daughters, Olivia Giannulli, has a growing channel of over 1.9 million subscribers. They were shocked upon the allegations that she had faked her résumé.

“I think parents are constantly trying to make their kids look good, and sometimes they do that by presenting a false version of them. I personally believe it’s unethical,”  Mammadli said.

Loughlin and her husband pleaded non-guilty amid the bribery charges. The couple has been in and out of court ever since, while not changing their plea. They stated that they wanted to postpone the trial until next year.

Bribery is illegal under federal law and may lead to a sentence of 20 years in prison.

“For parents even thinking it’s logical for paying their students into college, let me tell you, if the student didn’t give effort in high school and wasn’t able to succeed in high school, there is a high probability that they will not do well in college. Overall, it’s not worth it, and it is also unfair to deserving students that don’t get acknowledged for their excellence,” Monica Petrov said.

Giannulli’s fake athletic profile contained information about her supposed success in rowing when she has never touched an oar; the prosecutors brought the profile to the case, but Loughlin claims to have never seen the paper.

Her fake profile was brought to the case by prosecutors on Friday, Feb. 7. They confirmed that, based on their knowledge, USC was unaware that they were admitted through bribery.

“No witness has suggested that USC condoned this scheme, tacitly or otherwise. Nor is the government in possession of any evidence suggesting that anyone at USC, save [Donna] Heinel, was aware the Giannulli children were admitted in exchange for money, or that they were not the athletes they purported to be,” the prosecutors said, according to CNN.

In one YouTube video, while speaking about college, Giannulli stated that she had no interest in school and that attending college was not crucial to her due to the success and wealth she made from her channel.

“I don’t know how much of school I’m gonna attend, but I’m going to go in and talk to my deans and everyone and hope that I can try and balance it all. But I do want the experience of like game days, partying … I don’t really care about school, as you guys all know,” Giannulli said.

Suspicions first arose when news of Giannulli attending USC surfaced, as her sister was also a student there. The scandal has drawn criticism to the family from across the board.

“I am amazed by the way these parents were able to spend $500,000,” Mammadli said. “They only care about their family and how they would appear to the public eye. No thoughts about the future, other students, and the consequences of their actions.”