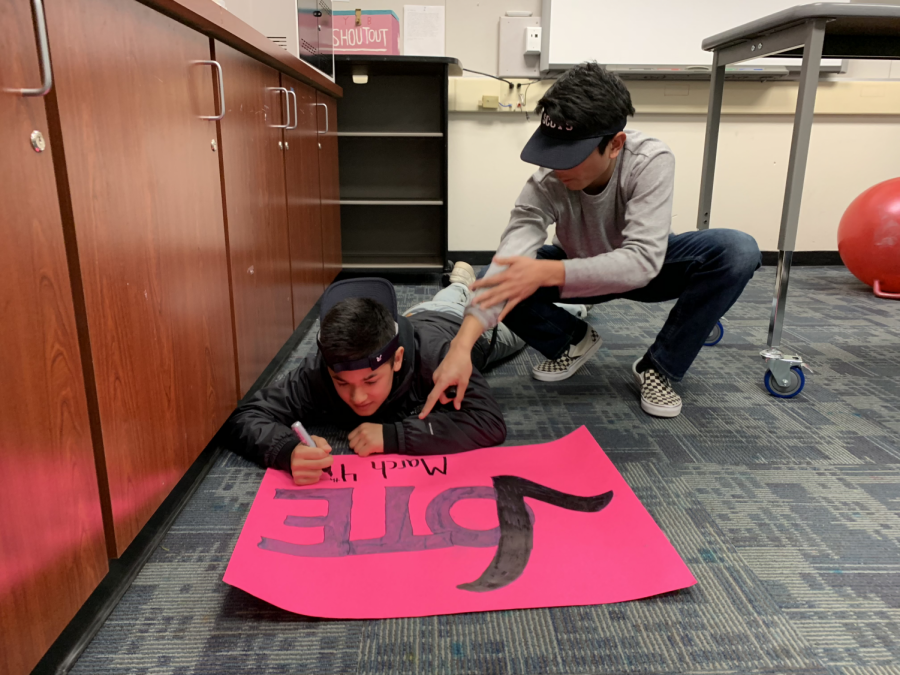 In previous years, posters and decorations would fill the hallways during ASB election season.

With the new school year around the corner and the return to in-person school on the near horizon, the importance of the student body leaders and Associated Student Body (ASB) elections has never been higher.

Since the ASB elections are now online for the first time, multiple challenges arise for the candidates to convey their goals to the student body. Administrative Vice Principal Gregg Patner, who oversees ASB, expresses the candidates’ different challenges.

“The challenges are that we are all communicating in different formats than we normally do; for example, electronically rather than face to face, and sometimes there can be issues with communication as such,” Patner said.

Candidates have found it hard to campaign while conveying their plan to the student body and enticing them to vote.

“During an election, it is extremely beneficial to meet new people and introduce yourself whenever you can. Over distance learning, reaching out is creditably difficult, and candidates often find that social media is their only way of putting themselves out there. However, it is hard to differentiate yourself and show the student body that you are different from the people running against you,” Jono Sison, who became ASB president after the election on March 10, said.

The pandemic’s effect on the ASB elections has been severely drastic because tangibility is necessary when running for a leadership position. Online ballots and campaigning videos on social media are insignificant compared to the standard election processes.

“All campaigning has changed to be online this year. Posters and physical items are no longer an option. The overall spirit of ASB is also missing from the elections. Additionally, voting will be online, which will lower the participation drastically this year,” said Max Vano, who was elected junior class president on March 10.

Even though the school year is online, the ASB presidents still have a significant role in assisting the administration in many ways.

“ASB presidents try and post graphics and information that the administration needs to be posted. We make announcement videos for them and try our best to publicize what they need to be publicized,” Vano said.

In addition, the ASB presidents can give feedback to the administration from a student’s perspective. They can provide information on how to better the school’s environment from their own and other student’s personal experience.

The ASB presidents are planning ahead for next year to bring their agendas to action and provide the best outcome for the student body.