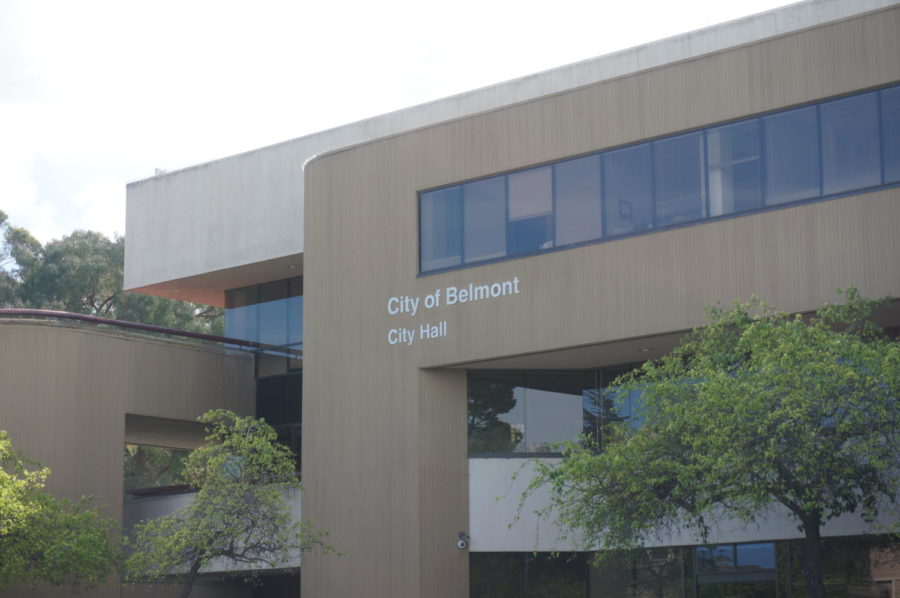 Three incumbents and one outsider are vying for three seats on the City Council.

A couple months ago, I published a pretty lengthy article that drew a few conclusions on the nature of development in Belmont and how certain past forces have left us in our present position. I don’t claim it was objective — I didn’t intend to make any secret of the fact that I have an opinion. But I also made an intentional maneuver by not talking about current politics, as my involvement to that end is fairly extensive and I wanted to do my best to avoid a conflict of interest. Hindsight is 20/20, but I believe I was mostly successful in that.

So, I write this now not as a reporter, but as someone with strong beliefs about where this city is headed and where we need to end up — and who are the right (and wrong) people to steward us into the future. I write this as someone who not only believes wholeheartedly that the right people for such a job are Warren Lieberman, Charles Stone, and Julia Mates, but that moreover the alternative — a political neophyte with positions that sound eminently reasonable — is a profound step in the wrong direction.

I say that not out of a blind conviction. I have my foibles with every incumbent. I wish Lieberman, who I’ve spent the last several weekends canvassing for, would take a more active (and dare I say it — political) role on the city council, and I wish he didn’t carry as much baggage. I wish Stone, under whom I did policy research for over a year and for whom I have enormous gratitude due to the innumerable doors he has opened for me as a high school student interested in local politics, would lay off the hair gel and make his zealous ambitions a little less obvious. I don’t know Mates very well, but while I agree with her positions, I sometimes find myself wishing she would ask better questions while in session.

And I also don’t fully subscribe to the pro-development, stack-and-pack ethos as it has been applied in, say, San Carlos. While I agree transit-oriented development is the future, I find the current implementations aesthetically concerning. Nor do I deny that Belmont’s open spaces are our second-most prized asset, right behind our schools, and that any attempt to develop them would ignite righteous fury from most in the city, myself included.

I say all of this with the aim of demonstrating that I am not a pro-development YIMBY sycophant — at least, not on all counts. I have my doubts. But this isn’t about pro- or anti-development fervor, and it definitely isn’t a referendum on whether we want to build Pruit Igoe in San Juan Canyon.

Instead, I submit that this election is a test of our ability to think, because Deniz Bolbol is relying on your ability not to.

Superficially, voting for Bolbol doesn’t seem like an unreasonable proposition. After all, the scenario in which she wins is also one in which the council retains a 4-1 pro-growth majority, and a little dissent behind the dais isn’t necessarily a bad thing, is it? That’s likely what one of her canvassers will tell you, right before attempting to convince you that the council is planning to build apartments in San Juan Canyon and right after telling you that we’ll all die in a wildfire.

And therein lies the problem with the Bolbol candidacy — the problem that makes casting a vote for her not just an unreasonable proposition, but a concession to fear-mongering and illogic. Deniz Bolbol’s platform is built on the assumption that you aren’t paying attention. Her positions don’t withstand cross-examination and her explanations don’t square with reality, or else are based purely on conjecture and assumption. Distilling her platform leaves the essence of what she stands for: a reigning order, decisively defeated by the voters a number of times since they first lost their grip on power, placing what remains of their influence and energy behind a relatively unknown quantity whom they thought they could groom to capture the inner reactionary of Belmont’s voting electorate.

My assumption is that the ABC crowd ran Bolbol, a liberal and ostensibly baggage-free candidate, to buck their stuffy, conservative image. Telling of this is the fact that, while early incarnations of Bolbol’s website used verbiage and design identical to that of Kristin Mercer’s, a candidate who lost in 2013, those common characteristics (including a page on Bolbol’s website entitled “Kristin’s Blog”) were axed in a redesign about a week after the website went live. Another casualty of that redesign was a page for endorsements. While present on the first edition of the website, current ones conspicuously neglect to mention her supporters and various letters to the editor sent to the Daily Journal praise her “independence” for “not seeking political endorsements.” (That particular letter to the editor was written by Kristen Mercer.)

Thankfully, while I didn’t have the presence of mind to save a copy of her website before it was redesigned, an article written by noted San Mateo County political journalist Mark Simon notes that she has the support “of former Councilwoman Coralin Feierbach, which would put Bolbol squarely in the camp of the group of insiders who used to dominate the City Council and are profoundly unhappy with the current council majority.” (Feierbach was not the only endorsement listed on the prior version of her website, but since I didn’t record the specific names before the page was removed, I won’t make an attempt to recall them here.) It also notes a few other interesting tidbits that were later culled from her biography: namely, that she interned in the White House Press Office under George H.W. Bush.

The idea that she hasn’t solicited endorsements from other members of the community is, put simply, bunk. Not only did her website include an endorsements list until a redesign, but one need only look at her major donors list (all disclosed on the city website) to realize that the same cast of characters responsible for ABC and Kristin Mercer, including Mercer herself, is working tirelessly behind the scenes to make Bolbol look independent. Thus we can assume that the political agents working in support of her realize that they are an infamous political liability. That should be telling.

A quick cross-check of her high-dollar donors against those writing favorable letters for her to the Daily Journal means it doesn’t take a genius to figure out that Bolbol isn’t calling all the shots behind the scenes. Again, I won’t knock Bolbol for running a campaign. But I will knock Bolbol for claiming independence. The people who show up at her meet-and-greets and campaign events are all familiar faces as far as no-growth Belmont politics are concerned, and even if they aren’t in charge of her every move, it certainly means that Bolbol is not the sole motivator of her interests. That’s the sort of disingenuousness that characterizes much of her campaign: a tacit, bad-faith assumption that you haven’t been paying attention.

A wayward Bolbol canvasser who has found your door will tell you that the current council hasn’t done enough to mitigate wildfire dangers. That is an impressively daft political move since it manages to antagonize the entire fire department, an independent city agency, with a strangely late accusation that is flimsy and ham-fisted at best. At a September 25th meeting of the city council, Battalion Chief Kent Thrasher of the fire department painstakingly detailed the efforts the fire department has undertaken to a) prevent wildfires and b) ensure proper efforts are in place should one occur. (If you haven’t watched the briefing, I’d encourage you to. It’s a highly informative look at the inner machinations of our fire department.) Thrasher’s presentation completely undercuts the plank of Bolbol’s platform suggesting that the current council has been ignoring incipient wildfire dangers, but her platform still insists that the council has been negligent, because she assumes the voters are too myopic to cut through the bull.

Bolbol made a few false statements at the first candidates’ forum. Unfortunately, the only camcorder in the room belonged to her campaign, which has selectively spliced the footage for clever campaign videos and is refusing to release the rest of it. While they are perfectly within their rights to keep their footage to themselves, I’d speculate that their decision not to release video of the event in its entirety arises out of a concern that, should Belmont’s voting public see the whole thing, they would realize that she has an impressive talent for pulling facts out of thin air. It works in their favor that the room likely had no undecided voters. If those voters saw her performance, I predict they’d change their minds.

Bolbol’s platform takes issue with far more than what I discussed above, but I’ve found that my objections apply to most of her claims, and that’s missing the point. I encourage you to take a look and decide for yourself. Obfuscating the facts and appealing to fear are valid political tactics. In fact, they’ve been on the rise lately — paralleling a notable insurgency of populism worldwide. If you’ve read Bolbol’s positions, spoken to her personally, and interrogated her viewpoints in a forum independent of her supporters, then more power to you. You are more than entitled to your vote. But if you haven’t done those things and are relying on shiny pieces of campaign literature and strategically edited attack ads to inform your decision, it is wasted. Democracy relies on the assumption that a vote is backed by an understanding of the issues. Look into the candidates’ backgrounds, not just for Bolbol, but for the entire ballot. And then you can cast your vote with the comfort of knowing that, in spite of the petty politicking, gross generalizations, and trumpeted falsehoods that have come to brand this election season, you haven’t — despite her best efforts — been duped.

In a perfect world every vote would be fully informed, and in that perfect world we would see Mates, Lieberman, and Stone re-elected on Nov. 6. Bolbol doesn’t believe we live in that world. International political tides suggest that she might be right. But — and call me naive — I think that, here in Belmont, we can prove her wrong.