Op-Ed: The sadism of televised competitions 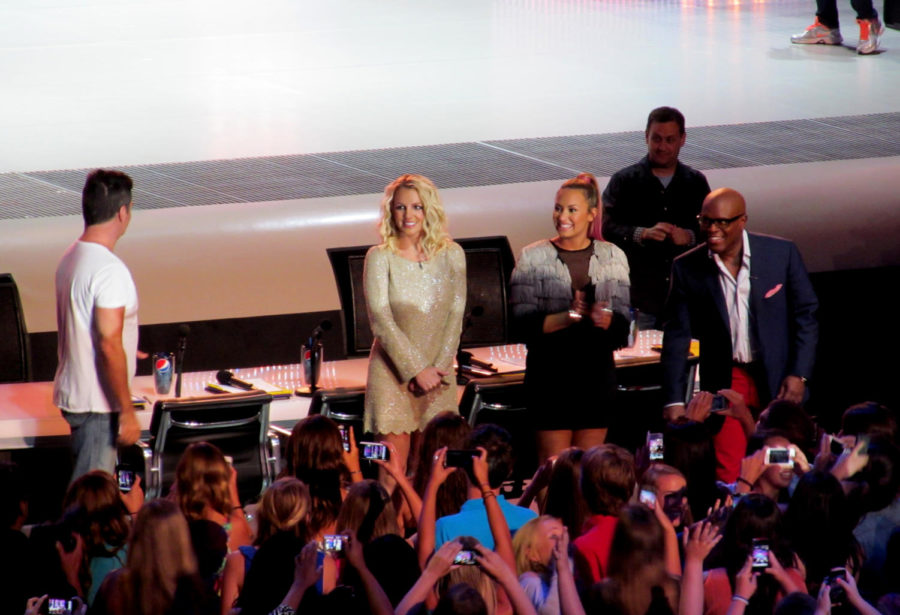 Judges of the British talent competition The X-Factor.

There’s a pretty solid episode of Black Mirror called “Fifteen Million Merits” in which Daniel Kaluuya — Get Out, Black Panther — lives in a future where people ride on exercise bikes to generate power in exchange for currency. Having inherited 15 million credits from his dead brother, he buys a cute girl a ticket for a singing competition, leaving him destitute.

The episode has a lot of the characteristics of a good old-fashioned techno-dystopia: sterile brutalism, impersonal flamboyance, uniformity of the underclasses, coy interaction between quietly rebellious boy and girl, that sort of stuff. But there’s a twist here. The singing competition, called Hot Shot, promises an escape from the subjugation of Kaluuya’s reality. The winner is released from bike-riding duty and is allowed to enjoy capitalistic pleasures like larger living quarters or freedom to dress according to personal tastes. By the end of the episode, he graces the judges with a tirade against the system, and they reward him with a show of his own and the luxuries that go along with it.

It’s a not-so-subtle critique of the worrisome place TV talent shows seem to have established in our culture.

Every week, millions upon millions of Americans carve out time in their working weeks to watch a herd of contestants dance, sing, perform, demonstrate some arbitrary but somehow impressive talent before a panel of famous, wealthy, culturally-approved arbiters of talent. We’re all guilty of it. American Idol, So You Think You Can Dance, The Voice, The X-Factor, America’s Got Talent (and its many international derivatives), Shark Tank, The Apprentice… They’re so ubiquitous that they’re almost impossible to ignore.

At their face, the entertainment monopoly of TV talent seems like a benignly capitalist waste of time. On the list of things we decide to call “dystopian,” shows like The X-Factor barely even rank. After all, it’s not like participation is involuntary. One can choose to appear on TV or not. And those shows surely cultivate a fairly specific breed of contestant. I’ve watched and enjoyed more than my fair share of TV talent competitions, cheered for my favorite contestants, and felt bereaved at losses that I felt were undeserved.

These shows are, like all TV, money-making enterprises. They bank on their ability to snakedance their way into your psyche. To a large degree, viewers associate with the contestants, all of whom are (depicted to be) putting it all on the line for the promise of opportunity. And we feel elated or dejected depending on whether they are able to achieve these dreams, much in the same way we invest emotionally into, say, Game of Thrones.

But it’s far too easy to lose sight of exactly what it is into which we’re placing an emotional investment. These aren’t fictional characters, yet we momentarily grieve their losses and then move on with our lives, bursting with unceremonious apathy.

Think of The Voice. Contestants “battle” in a mock boxing ring while four decorated mascots of superstardom — currently John Legend, Kelly Clarkson, Adam Levine, and Blake Shelton — watch from afar and then dissect their performances before America. The promise? $100,000 and a record deal. Sure, America is actually doing the “voting,” but is the imagery really all that different? It’s all very medieval; very Louis XIV. It’s also a little Freudian. Perhaps our voting reflects our own desires to be lifted out of the throes of our banal and — dare I say it — capitalistic lives and elevated into the plane of celebrity royalty, not unlike Kaluuya.

Of course, it goes without saying that Simon Cowell is the face of the TV talent empire. His shows permeate the globe and have hosted hundreds of contestants, at the viewing pleasure of billions of viewers. But he (hard as it is to admit in the face of his godawful haircuts and lamely snarky remarks) isn’t really guilty here. He’s only done what many would like to do: capitalized on a symptom of our sort of sadistic entertainment culture.

Maybe it’s capitalism run amok, or maybe that’s too easy an accusation to level. There are infinitely many far too easy cliches that I could descend into right now. But the existence of shows like The X-Factor — where rich people dangle money in front of poor people who dance for it — exposes a deeply upsetting proclivity of American society. We don’t just take pleasure in the success of our favorite contestants. We reap an unempathetic glee from the loss of our least favorites. And we turn a blind eye to the disturbing fact that these shows are, unavoidably, a complete submission of the lower castes to the upper castes.

A common vision of a techno-dystopian future involves poor people dancing for rich people, but it happens fascistically, where they are entered into the arrangement involuntarily lest they be punished. But maybe we’re already feeding the fire. Maybe it’s already happened.

These shows will always be popular, and even though we’re culpable as a society of enjoying them, no individual is responsible. Cowell exploited an opportunity. That’s what capitalism’s all about.

If nothing else, these shows are a symptom. It’s up to people more adroit than myself to diagnose the cause. But when the most appealing thing on television is real cadres of royalty entertained by proletarian jesters looking for cash, I don’t think it’s too far off base to submit that we might have a cultural problem.