Opinion: ‘Anne with an E’ didn’t deserve to be canceled

Three seasons of joy, tears, and love... and then it ended 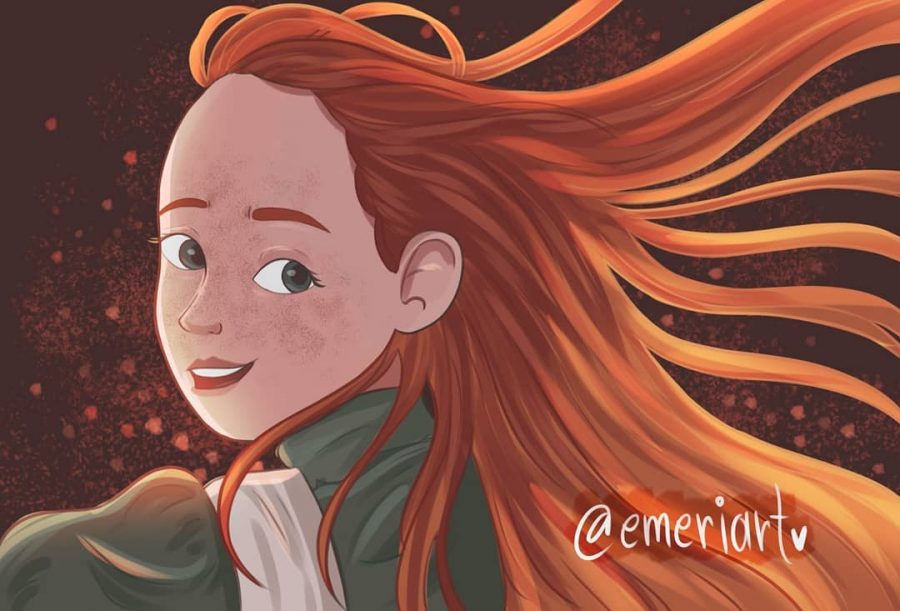 Five months after the cancellation of 'Anne with an E,' fans like Emeri are still showing their appreciation for the show through fan art and Instagram posts.

At the beginning of 2020, Netflix released the third and final season of “Anne with an E.” Although I was several months late, when I finally sat down to watch it, I was nothing short of blown away.

After bingeing the entirety of “Anne with an E” in two weeks, it has become my all-time favorite show. The acting, directing, and story all tied together make an incredibly well-written and executed show. When I got to the season three finale and heard that it had been canceled, I was devastated.

“Anne with an E” is a coming-of-age story that follows Anne Shirley-Cuthbert’s life in her adopted home of Green Gables, in 19th-century Canada. From an abandoned orphan to a young woman preparing for college, “Anne with an E” fans have watched her grow as a person while also learning about love and life.

But it’s not just Anne who makes the show spectacular. It’s all of the dynamic, animated characters who pop out of the screen. When watching season two of “Anne with an E,” I was blown away by Cole’s story arc of self-discovery. Not only did he inspire characters in the show, but he became an idol for viewers all over the world. Even Minnie May Barry, the sister of Anne’s best friend and a character who would otherwise play a minor role, became an iconic character through her mischievous quips and gags.

The attention to detail and the actors’ amazing performances make watching “Anne with an E” an unforgettable experience.

Additionally, “Anne with an E,” while inspired by the beloved “Anne of Green Gables” series, isn’t afraid to modernize the storyline. Although it was set in the 1890s, every message, character, and plot point resonates with viewers today. Feminism, LGBTQ+ rights, racism, depression, and economic struggle are beautifully and skillfully showcased throughout the show.

It was a breath of fresh air to see a mainstream television show tackle these topics in such a heartbreaking, inspirational way. The amount of times I cried — out of relief, out of sadness, out of love for these incredible characters — shows how important this show is for shining a light on messages that are often left in the dark.

However, through all of the different messages, the show still sticks to the original story about the fiery, exuberant, red-headed girl we’ve all come to love. The spirit of the books and Anne’s life at Green Gables have never wavered in the show. Anne’s journey with relationships and self-love continues to teach viewers all around the world about humanity, friendship, and life. It doesn’t matter if the viewers are 15 or 45; the audience grows up and learns through Anne’s journey.

I’ve cried, I’ve laughed, and most importantly, I’ve been inspired.

“Anne with an E” will always hold a special place in my heart. All of the characters — Anne, Diana, Gilbert, Marilla — have taught me so much about myself. “Anne with an E”‘s popularity is a testament to why the show needs a fourth season. It’s beyond wishing that I could see more of the story play out; I want a fourth season because these characters deserve to have a voice.

It’s a shame and a mistake to cancel it.

But, this doesn’t have to be the end of “Anne with an E” if other companies wanted to pick it up. There are still so many stories to be told, and, as Gilbert would say, dragons to be slain. Thousands of devoted fans are still fighting and hoping for a fourth season.

So, will “Anne with an E” be continued? Well, in the famous words of Anne Shirley-Cuthbert, “It remains to be seen.”