Opinion: Building mega-mansions is the worst thing to do 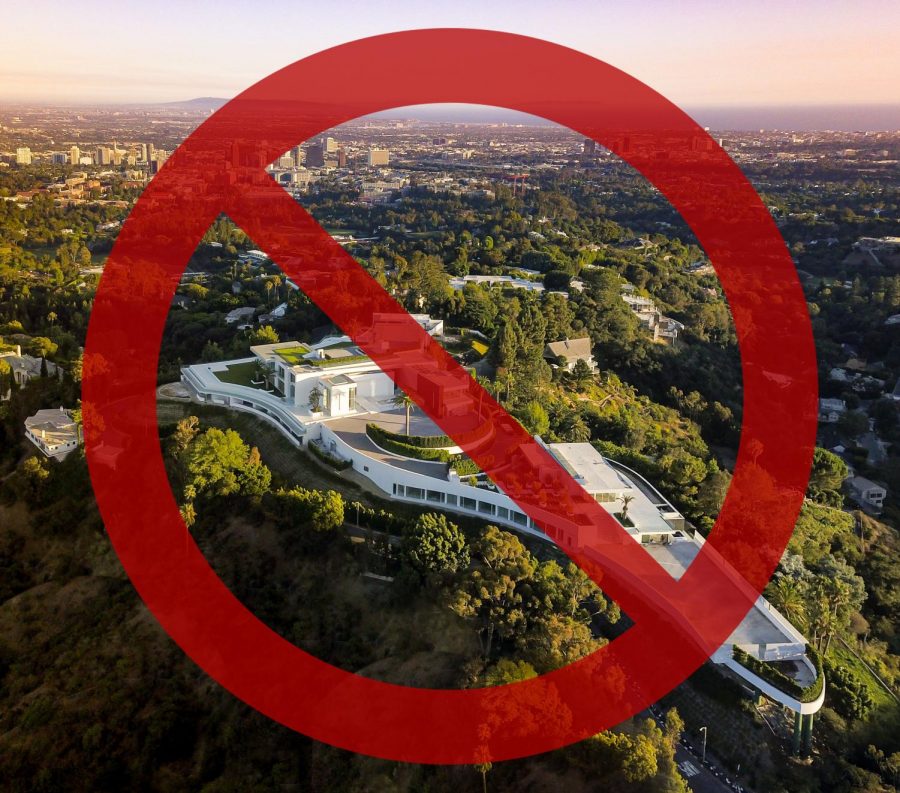 After several years, the mega-mansion known as "The One" is almost done being constructed despite having enough land area for hundreds of families to live.

The $340 million, quarter-mile-long, Bel-Air mega-mansion is the largest in the world, comprised of 21 bedrooms, 42 bathrooms, a 30-seat movie theater, an in-house nightclub, an art gallery, a four-lane bowling alley, and a master suite larger than most houses.

According to Dirt, Nile Niami, the developer, had planned to list the house at $500 million, but with the nod to reality, the price dropped $160 million. However, the estate could still become the most expensive house ever sold in the United States.

These mega-mansions are becoming more common, taking up crucial space for apartment buildings or housing structures that could be the home for many individuals.

According to Fortune magazine, the supply of existing home sales is the lowest it has ever been since the late 1990s.

Matthew Speakman, an economist at Zillow, stated, “Currently, there are fewer than three months of supply of homes on the market, the lowest on record since the turn of the century.”

With more people wanting to buy homes and fewer homes on the market, building these mega-mansions is not right. Not only do they make the housing crisis worse by taking up vast amounts of land that can be used for other purposes, but the environmental impact and wasted time on the market also lead to the addition of the housing crisis.

The environmental impact of mega-mansions can be arguably the biggest issue with creating them. The need for resources, construction, and maintenance can cause significant amounts of damage to the Earth.

First off, the need for resources is extensive. These estates can comprise unique marble, rare wood, and a long list of goods imported from other countries. The environmental impact of gathering, shipping, and building these homes by putting these materials together can be massive.

Others can say that creating multiple-family homes can cause more considerable environmental damage as there is a need for resources in a great abundance. However, in an article by Green Biz, Gopal Ahluwalia, the director of research at the National Association of Home Builders (NAHB), estimated that a new 5,000-square-foot house would consume three times as much material as a 2,082-square-foot house. If a home that is double the size of another place consumes three times as much material, mega-mansions use up the material for hundreds of houses.

It can also be argued that apartments and hotels are much bigger than average houses, causing them to use much more material. Though this is correct, hotels or apartments don’t use exclusive materials present in mega-mansions, thus reducing the need for imports reducing the environmental impact of transportation. Also, the number of people living in an apartment or hotel is significantly more than the one or two families living in mega-mansions, so the materials used per person are much less.

In addition to the resources needed to create one of these mega-mansions, the employment of workers, brokers, and officials can be seen as a waste of time. These construction workers will spend months, maybe even years, to construct a house that will sit on the market for years. Some may say that creating mega-mansions is good as it requires a vast number of workers to build them, thus lowering the unemployment rate. Though this is true, building family houses rather than these mega-mansions can delegate the workforce to two homes rather than one. According to the U.S. Census Bureau, it takes an average of 7.7 months of construction for a home to be built, and according to Sims Luxury Builders, it takes 10 months to two years for regular-sized mansions to be created. With mega-mansions being almost 10 times the size of traditional estates, it can take years to construct one. The number of workers it takes to make one mega-mansion could be spread out to multiple houses for residents.

Also, the number of permits and time it takes to get approved for construction can be used for different things. It can take months for permits to pass through city regulations when many family houses could be constructed in that time frame.

Many can say that governments and cities are funded by property taxes, meaning more expensive houses can lead to more money income.

If apartment complexes are constructed in the space it takes to construct a mega-mansion, the tax rate will increase because apartment buildings are taxed higher than normal houses. Also, the apartment residents’ tax will have to pay will also benefit the city it is constructed in, thus helping the city overall.

Finally, these estates constructed will only make the housing crisis worse.

As the demand for housing increases and more of these mega-mansions are being constructed, there will be a shortage of houses for many citizens. The homes already built will increase in value, making it harder for new residents to buy them due to their raised prices. With more people in need of housing, fewer housing units being built, and a price increase, the housing crisis will only get worse. The right thing to do is stop constructing mega-mansions and replace them with apartment buildings or other housing units to help hundreds rather than one.