Opinion: Carlmont takes the ‘neutral’ out of gender-neutral

C-Hall bathrooms stick to the boy and girl stereotype 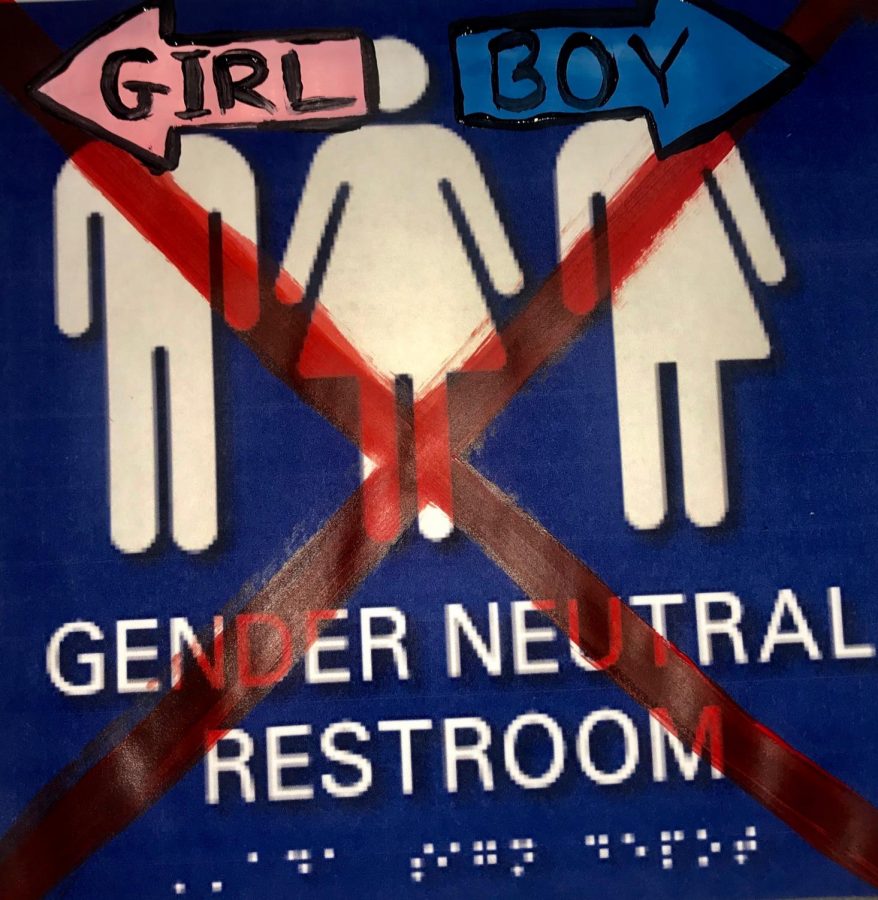 Boys and girls at Carlmont stick to their side of the C hall "gender-neutral" bathrooms.

Even in all of its glory, high school can still be pretty rough. High school has evolved immensely throughout the years, even though it may not seem that way.

When I look back at some classic movies like “Ferris Bueller’s Day Off,” “Sixteen Candles,” and “Pretty in Pink,” I realize that they all share a common characteristic: none of them have any LGBTQ+ representation. Regardless of whether or not there was, they’d always play a victim of bullying.

These movies showcased what the past was like. But times have changed, and the LGBTQ+ movement is a massive part of society now. Instead of John Hughes’ movies, society now has “Love Simon” to cherish and inspiring stories such as “Frozen” or “Moonlight.”

Nonetheless, has Carlmont adapted to these changes? Or are we still stuck in the ’80s?

A few years ago, Carlmont administration implemented a gender-neutral bathroom where the old C hall restrooms used to stand. Many would believe that these newly-integrated bathrooms would be painted a neutral color and have a few stalls where any student, regardless of their gender, could use the restroom and feel safe.

That is not what happened.

The Carlmont administration simply slapped a gender-neutral sign on the front of the bathroom, and that was it.

Now that wouldn’t be a horrible fix if the “gender-neutral” bathrooms did not have two separate sections entirely apart from one another, one entrance on the left and the other on the right.

The bathrooms to the left are painted pink, while those on the right, blue. Following the stereotypes, girls usually stay to the left while boys use the right.

Yes, the sign on the door technically means that the bathrooms are “gender-neutral,” but if everyone still feels limited to using “their side,” then where are the students who identify as non-binary or transgender suppose to go?

According to Gender Spectrum, 63.4% of transgender students reported avoiding high school bathrooms. No matter what gender you identify with, everyone still needs to use the restroom, and it’s not avoidable. Some students at Carlmont might restrain from using the bathroom because they identify with neither the left nor right entrance.

Perhaps Carlmont’s administration team should consider bringing their gender-neutral bathrooms up to a reasonable standard by implementing individual stalls where anyone feels safe to go.

So yes, many aspects of high school can be challenging, but there’s no need for these struggles to go this far. Every single student should feel comfortable using the bathrooms on campus.