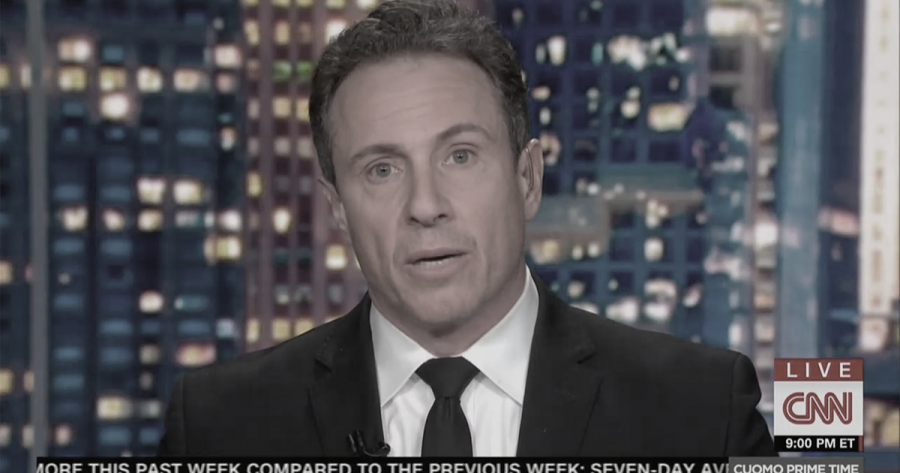 Chris Cuomo's journalistic ethics breaches have given himself, Gov. Andrew Cuomo, and journalism a bad name.

Right now, Chris Cuomo seems to be the face of CNN. However, this visibility comes with a price; his ethical missteps are on the national stage, and they cannot be ignored.

When Chris started working for CNN in 2013, the network banned him from reporting on his brother, Gov. Andrew Cuomo. This ban was based upon the idea that journalists should avoid conflicts of interest, outlined in the Society of Professional Journalists (SPJ) Code of Ethics. However, in March 2020, Chris tested positive for COVID-19 and was forced to quarantine at home. In order to boost ratings during a time when the nation faced the possibility of a pandemic, CNN lifted the ban they created seven years prior and allowed Chris to interview Andrew. Throughout the interview, the two brothers playfully bickered with each other and cracked jokes, much to the delight of CNN viewers. In fact, the segment was so popular that the network didn’t reinstate the aforementioned ban until Feb. 2021, allowing more interviews between the Cuomo brothers to take place.

Most people would likely claim that the interview was good because it benefited everyone; CNN’s ratings soared, the Cuomo brothers got some time together, and the nation got to see something positive in a time of despair. However, not everyone saw it that way; the nation’s journalists were enraged at such a blatant conflict of interest, condemning the network for making the segment about its ratings rather than its coverage.

Throughout history, journalism’s purpose has always been to inspire progress and change through publishing information. Upton Sinclair did not have ratings in mind when he wrote “The Jungle;” he wanted to expose the horrid conditions of American meat-packing factories and inspire change. The Cuomo brothers’ interview slaps that idea in the face by existing solely to pander to viewers, and its ethical violations call into question what the purpose of American journalism really is.

When Andrew faced allegations of sexual harassment in March 2021, Chris went on air and told his viewers that he was aware of the allegations against Andrew, recusing himself from covering them for CNN. Making this statement was the right thing to do; the SPJ Code of Ethics promotes explaining ethical choices and processes to viewers, which is exactly what Chris did. However, he never apologized for interviewing Andrew on the air, and this statement cannot be a placeholder for that.

Today, the Washington Post broke the news that Chris took part in strategy calls advising Andrew on how to handle the allegations coming his way. While some may argue that Chris was merely being a good brother and offering his advice, he was giving advice from a political standpoint to a political figure, disrupting the political impartiality that journalists are supposed to have. This is just as blatant a conflict of interest as the interviews in 2020 were, as being on the air doesn’t make any difference; in fact, journalistic ethics typically concern what happens when no one’s watching.

Although CNN issued a statement calling Chris’ actions “inappropriate,” the network has stated that they are not considering any discipline for his actions. This means that the only way for Chris to start repairing the damage he has done is to resign from his position as a news anchor. His multiple breaches of journalistic ethics have tarnished journalism’s image to the public and compromised his impartiality; resigning would make his actions a cautionary tale for journalists to learn from and avoid.

It is time that Chris Cuomo is held accountable for violating the same principles he was supposed to uphold.